Skip to content
The Examiner
July 31, 2019 Examiner Media
We are part of The Trust Project

Although New York State’s efforts to legalize recreational marijuana use fell short last month, Governor Andrew Cuomo and numerous legislators are sure to try again. And Pleasantville, like many other communities, doesn’t want to be caught flat-footed—with no strategy in place for dealing with repercussions many describe as inevitable.

That’s the impetus behind a formation underway of a Substance Advisory Committee, headed by mental health counselor Colleen Griffin Wagner, a former Pleasantville trustee, who met with the Village Board during last week’s work session.

Griffin Wagner’s aim for the committee is to bring together diverse voices with a gamut of viewpoints, not merely on marijuana but also on alcohol, opioids, and any other substance with the potential for abuse. “If you look 40 years back, this was Valium,” she said. “It was, ‘Oh, everybody should try Valium, it’s safe.’” There’ll always be another fad, Griffin Wagner added.

Alcohol remains a problem, with 19 percent of adults in the state having reported either binge or chronic drinking in 2018. New York State Association of Chiefs of Police has come out on record against marijuana legalization, pointing to the 62 percent spike in traffic fatalities over the first year after Colorado legalized the drug. And in 2017, 3,224 people died of opioid overdose in New York, with the greatest rise occurring among synthetic opioid-involved deaths— predominantly fentanyl, which has been added to marijuana to boost its effects.

Griffin Wagner’s challenge, however, is also to keep everyone, no matter their opinion, from feeling their views are not welcome. “We’d need to make sure the meetings are very non-biased,” she said. “Personally, I don’t want to tell somebody who’s an adult what they can and can’t do, but I think we have to send a message to our kids, and keep it clear that we don’t want (to give them) access. How do we balance that?”

Achieving that balance is a multi-pronged effort. The committee would consult with police officials, judges, medical professionals who see substance related cases first-hand, teachers and administrators, and other interested parties. It would include research on related laws in nearby municipalities, along with their effectiveness. And it would survey adults in the village about their views on alcohol, marijuana (and cannabis-based products), and other substances of concern.

Much rides on the committee’s success: A June study by Smart Approaches to Marijuana (SAM) estimates that ongoing annual estimated costs to law enforcement and emergency services could range, after marijuana is legalized, from $157.5 million to $192.2 million—in a state with the nation’s highest state and local tax burden as a percent of the economy.

At first blush, the former village trustee might seem to be duplicating the efforts of a related organization, Pleasantville STRONG. But Griffin Wagner, a founding member of that community coalition, feels that the group’s emphasis on total abstinence for youth, however well meaning, stifles dissent.

“I know there’s a lot of people who won’t come to (Pleasantville) STRONG meetings,” she said. “They just won’t. They won’t come to them because they think it’s a teetotaler group.”

Griffin Wagner added that it’s all about education—and warned that when a substance is legalized in as broad a way as the state nearly passed, kids tend to question the need for them to wait till they’re adults. “My biggest fear with marijuana? I want our kids to know it’s not safe in your body before you’re, really, 24,” she said. And she warns that the community is not ready for all-out legalization of marijuana.

Still, she leaves room for dissent. “I also think we can see the other side, that there are people who abused it recreationally for years and years, and their life hasn’t fallen apart, and they’re good citizens,” she said. “We need to balance that.”

Whether Griffin Wagner ends up heading the newly forming committee, she is determined to make a difference. “If you’re going to legalize (marijuana), we need to get people smart about it. And the state’s not going to do that—the other states haven’t. We’re not ready.” 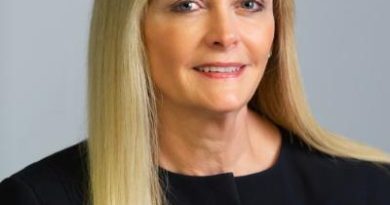 Bedford Road Students Learn to Walk in Others’ Shoes