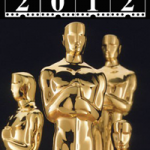 Not that anyone asked, but here are my thoughts on this year’s Academy Awards.

Can The Academy cut its losses and go back to five nominees for Best Picture? It expanded to 10 after the 2009 ceremony, when the critical and box office hit The Dark Knight failed to get a nomination. By expanding to 10 nominees, the thought was, it would open the gates for some more mainstream hits, meaning fans of these films would have a reason to tune into the show.

In the first two years, it actually went somewhat according to plan. Popular movies like Up, Toy Story 3, Inception, The Blind Side and District 9 – all of which probably wouldn’t have been nominated if there were only five slots – got nods, while viewership jumped in 2010. It fell last year, but more people still tuned in than did the two years before the change. It did, though, open the door for entirely forgettable movies like Winter’s Bone to earn nominations.

This year, The Academy adapted a more confusing selection process for nominations, resulting in nine nominees. If 2009 was a poster child for expansion, this year’s awards make the case for going back to the days of five contenders. Despite the extra slots, the three most popular movies viewed as having a shot at nominations – Bridesmaids, Girl with the Dragon Tattoo and the $1.3 billion mega-hit Harry Potter and the Deathly Hallows Part 2 – were all snubbed despite positive reviews. A nod did, however, go to Extremely Loud and Incredibly Close, the most critically reviled nominee in decades.

Maybe the problem isn’t the number of movies nominated but the people that are picking them.

The last time the winner for Best Animated Feature wasn’t produced by Pixar was 2007, when Cars lost to Happy Feet. The only other time Pixar didn’t win the award was 2006, after the studio didn’t release a film in 2005. Every other Pixar feature won the top animated honors since the award was created in 2001.

That ended this year, as Cars II, the sequel to Pixar’s least celebrated film, became the studio’s first lemon. It earned a 38 percent on Rotten Tomatoes; Cars was the previous low at 74 percent and no other movie was below 90. Cars also became the first Pixar movie to earn zero Oscar nominations, even though Toy Story, A Bug’s Life and Toy Story 2 were all released before Best Animated Feature was a category.

In 2002, Oakland A’s General Manager Billy Beane was stuck with a talentless cast of characters and a $25 million dollar payroll. Unable to compete in the traditional means, Beane decided to ignore/fire/euthanize (it was a little unclear) his team of scouts and focus solely on compiling players who got on base. Though ridiculed, Beane was ultimately vindicated when his strategy proved right. His lineup of rejects and castoffs turned the A’s into an offensive juggernaut and helped carry the team to a 103-win season, and soon every team in baseball was following suit.

A great storyline, but unfortunately one painfully divergent from reality.

The A’s did exceed everyone’s expectations that year, and Scott Hattenberg and his .374 on base percentage may have had something to do with it. But the much larger reason – or reasons – were their trio of superstar pitchers; Barry Zito, Mark Mulder and Tim Hudson. They were played by… wait, never mind. They weren’t shown, or as far as I remember even mentioned, in the movie.

The Big Three won 57 games combined (Zito led the league with 23 and won the Cy Young Award), all finishing in the top 10 in ERA. They helped the A’s lead the league in ERA and shutout. Chad Bradford, who seemingly threw every pitch of every game in Aaron Sorkin’s version of events, pitched 75 innings (out of about 1,500) and won four games.

Relying on the Moneyball theory the movie extols, the 2002 A’s offense was at most adequate. They ranked 8th out of 14 AL teams in runs scored. This was largely due to the efforts of AL MVP Miguel Tejada. Tejada was neither a scrap-pile pickup by Beane – he was on the club in 1997 before Beane became GM – nor was he a Moneyball player. He walked 38 times, which tied him for the 78th-most in the league.

That’s not to say that Beane and his disciples haven’t changed baseball. OPS – on-base percentage plus slugging – was a cutting-edge stat in 2002 and is now nearly outdated. But the suggestion that every successful team has completely eschewed traditional scouting and previously-valued talents like base-stealing and fielding is just wrong.

And the winners are…

The Artist is a lock for best picture. Jean Dujarin (The Artist) has a good shot at Best Actor, but after falling short for his roles in Michael Clayton and Up in the Air, George Clooney (The Descendants) may just be due. Viola Davis (The Help) seems to have the momentum but I expect Meryl Streep (The Iron Lady) to edge her out for Best Actress, with Michelle Williams (My Week with Marilyn) having a shot of pulling off the night’s biggest upset.

The supporting awards – Christopher Plummer (Beginners) and Octavia Spencer (The Help) – are all but a done deal. Michael Hazanavicius (Artist) will probably win Best Director, unless The Academy decides best picture is enough and goes instead with Martin Scorsese (Hugo) or Alexander Payne (The Descendents).

The Descendents will win Best Adapted Screenplay, but Best Original Screenplay will be one of the night’s most intriguing selections. I’m expecting a big night for The Artist, but I don’t see a film with no dialogue winning this award. They could go with Hugo, but my bet is they give it to Midnight in Paris. It’s more reliant on the dialogue than any of the other nominees with the exception of Margin Call, a movie too obscure to score such a major win.

Hugo, a 3-D film with the most nominations this year, will win Art Direction and Cinematography. The Artist has a good shot at Costume Design and Film Editing. Hugo may also win Sound Mixing and Editing, though this might be a chance for War Horse to nab a few consolation trophies.

Visual Effect will come down to Rise of the Planet of the Apes and Harry Potter – I’d make Apes the slight favorite. The Iron Lady will win Best Makeup.

Man or Muppet will win Best Song in a category that, with only two nominees this year, has become completely obsolete due to its counterintuitive scoring system. The Artist will win Best Score.

Rango is the favorite for Best Animated Feature in a category that, for the first time in recent memory, is without a Pixar film. Pixar won’t come up completely empty-handed; La Luna will win Best Animated Short, beating the overly-long Fantastic Flying Books of Mr. Morris Lessmore. My pick is Time Freak for Best Live Short, assuming The Academy chooses to once again go with the lighthearted comedy.

A Separation is the only foreign film with any other nominations, so it should win that category.

Without Harry Potter or any other mega-hit in the running for Best Picture, viewership will drop to 36 million. The show will last three hours and 20 minutes. 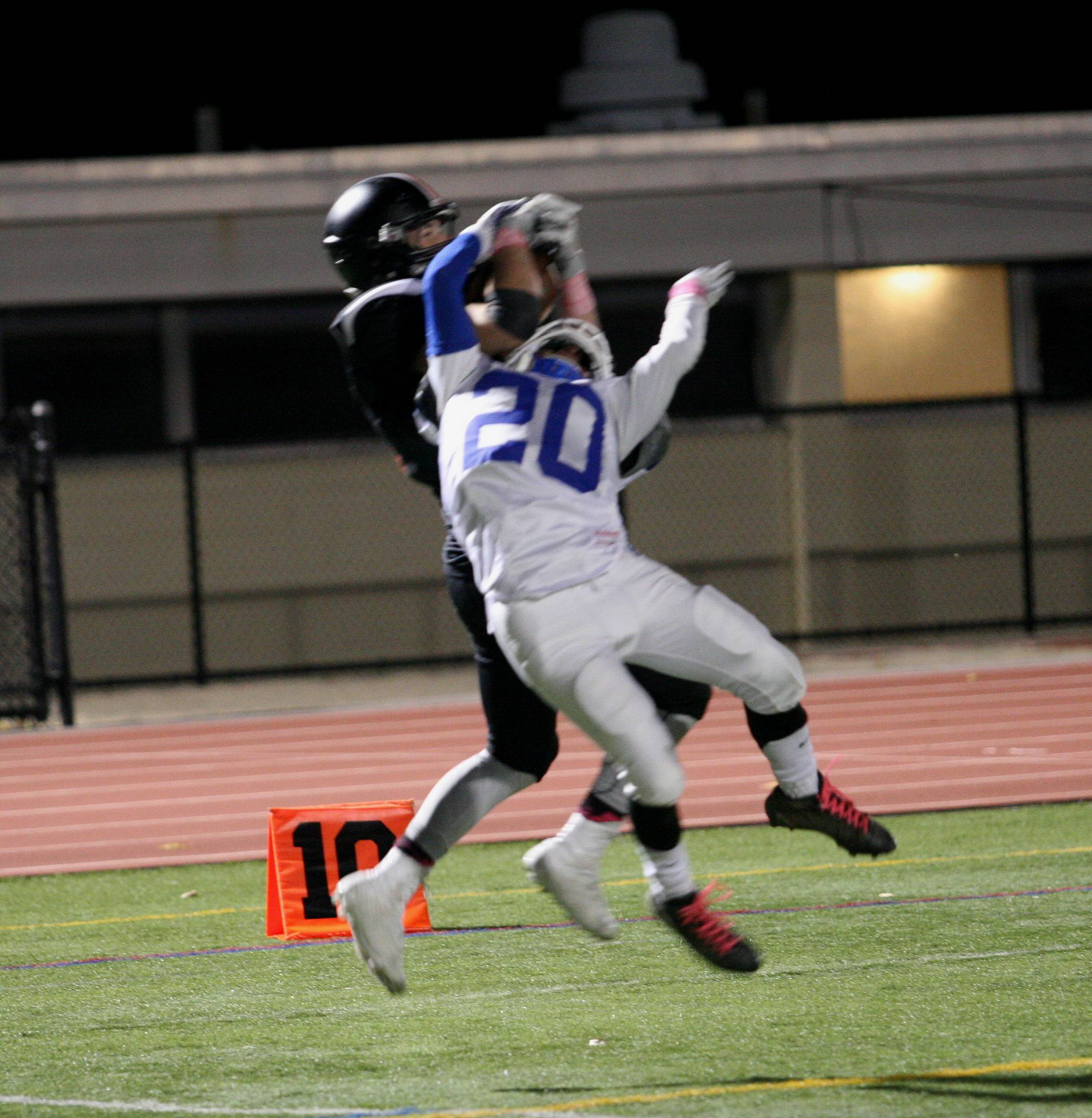 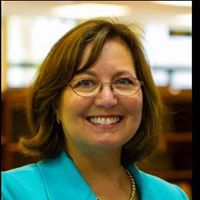