Sam Chason was just an adolescent, about 12 or 13, when a neighbor on Byram Lake Rd. in Mt. Kisco was about to ditch a ride-on mower.

One person’s junk was another young man’s opportunity.

He knocked on the owner’s door, got permission to take it, and rode the mower home while it was tied to his parent’s minivan.

One minor problem — he hadn’t a clue how to fix a mower.

Sam awoke early the next morning, cleaned it, watched YouTube tutorials, and ultimately met with a repairman his grandfather knew.

“Bottom line, he fixed it and sold it on Craigslist for $500 and a $50 tip for being such a good salesman,” his mom Sheilah marveled.

That adolescent entrepreneur is now a young adult and a 24-year-old wunderkind CEO who appeared on ABC’s “Shark Tank” on Fri. Oct. 14, successfully seeking support for his company, Storage Scholars. Chason and his minority partner struck a deal with billionaire entrepreneur Mark Cuban, who decided to invest a quarter million dollars for a 10 percent stake in the company.

We live on a block in Mt. Kisco where a disproportionate volume of distinctively warm and kind families reside.

My wife and I first moved to the street in 2012; we were the young parents.

The empty nesters and the moms and dads of high school students looked at us as rookies — but they were always there with a helpful word or a knowing smile.

Now we’re creeping into early grey beard status ourselves, along with some other middle-aged parent friends, as new younger families begin to populate the homes on our street and surrounding neighborhoods.

Through that evolution over the past decade, the Chason family has always stood out to me as great role models to us all.

From a distance, parents Sheilah and David Chason seemed to raise their kids to be fiercely independent, kind, and civic-minded.

Sheilah and David are both educators. She’s a veteran math and S.T.E.A.M. teacher on sabbatical from Scarsdale Public Schools, while he retired from his Ardsley High School physics teaching job in 2019 before working two years at Leffell, a private Jewish day school in Hartsdale.

They embody that spirit of seeing a world beyond yourself.

One of their three kids, Sam, was a friendly face in the neighborhood. Riding a bike, kicking a soccer ball, and hustling off to work or school, he was always quick with an easy and genuine smile.

That friendly face appeared on ABC Friday night as Chason trumpeted a business he founded in 2017.

Back in 2017, Sam noticed how many international and out-of-state students lacked a car or means to get their stuff out of the dorms when the semester ended.

Identifying a need and void in the marketplace, Sam has been growing his enterprise ever since.

He made his “Shark Tank” pitch along with chief operations officer Matt Gronberg, a fellow Wake Forest class of 2020 graduate and Storage Scholars co-founder from Boxford, Mass.

“Going into college, I was tasked with overcoming a mountain of student debt,” the young CEO, who now lives in Austin, Texas, told me in an email interview once our chance at a phone interview passed because Sam had a plane to catch, returning home after a trip with his family to Hawaii. “Instead of procrastinating, complaining, or ignoring this insecurity, I started a business. I used the fear of compounding interest to fuel my drive to succeed no matter the obstacle.”

WILL THE SHARKS BITE?

Storage Scholars bills itself as a full-service, door-to-door storage, shipping, and moving company for students.

For the uninitiated, Shark Tank delivers budding entrepreneurs the opportunity to win business deals from a panel of celebrity investors.

Not surprisingly, a forensic exam of Storage Scholars’ founding unmistakably reveals the fingerprints of Sheilah and David Chason — loving support mixed with a demand for self-starting independence.

Before Sam arrived at college in 2016, where he planned to study business, he struck a deal with his parents.

They refused to foot the entire bill for an obscenely expensive private school.

But they agreed to pay the state school equivalent.

The 18-year-old Sam would be saddled with a quarter million dollar financial obligation.

“I mimicked my parents’ college plan, which was to pay for a SUNY, and anything above and beyond the kids were responsible for,” Sheilah explained about the approach. “So they saved from an early age. All of this made them want to work from an early age. It also taught them they could work. There were jobs available all around them.”

As Sam notes on his website, the debt burden was “not an onus I took lightly.”

But the drive and work ethic to fulfill that commitment grew its roots in Mt. Kisco, not just through teachings from his folks.

The 2016 Fox Lane High School graduate borrowed many lessons learned from his hometown in charting such early success on his entrepreneurial path.

Working as a teen at Frannie’s Goodie Shop for Mt. Kisco couple Frannie and Isi Albanese served as a seminal work (and future business ownership) experience.

He asked me to give a “special shout-out” to Isi and Frannie for “teaching the kids of Mount Kisco what hard work looks like.”

“I used my work experiences at Frannie’s Goodie Shop and Revel with Dinner Thyme Catering to set the standard of what good service looks like,” Sam explained. “Many late nights cleaning yogurt machines, packing up chairs, and counting back change to customers. I learned the foundations firsthand of what it looks like to run a successful business.”

To be clear, Storage Scholars is far from the Texas resident’s first rodeo. He even launched little startups at five years old.

Whether it was a lemonade stand, pet sitting, or lawn care, he’s run some sort of side hustle since he was clutching a knapsack.

“The kids were taught about fiscal responsibility from an early age,” Sheilah said. “Lemonade stands required a reimbursement of supplies. They were given a monthly allowance and spent it how they saw fit, but that was it.”

Sheilah and David’s 29-year-old son, Keith, a Philadelphia resident, is chief technology officer for Storage Scholars, building and maintaining the company website since the jump. Daughter Molly, 27, lives in New York City and works as an account manager at Stylitics.

The values the Chasons have instilled in their young adult children are similar to the values my wife and I try to teach our school-aged daughters.

Our high school sophomore is working several jobs, earning money to buy a car in a couple of years, while our third grader takes her bed-tidying and table-clearing jobs seriously.

While it would be more than a stretch to draw a straight line between our parenting style and learning by osmosis from the Chasons, they’re certainly one of the many local couples we might emulate or borrow from when thinking about the values we’re trying to instill.

And when our girls eventually need to move stuff out of their dorms, they’ll know who to call. 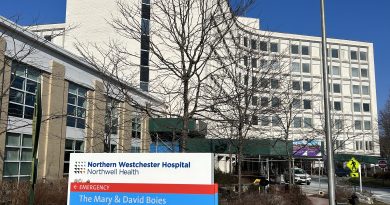 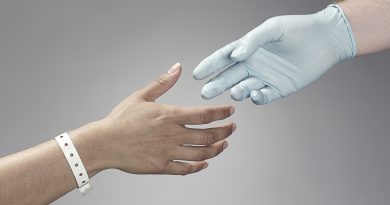 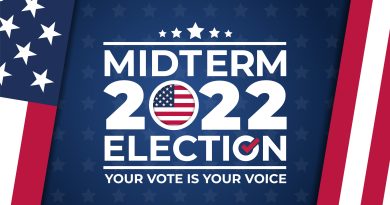 A Little (Moot) Inside Baseball On Last Night’s Election Coverage ✅