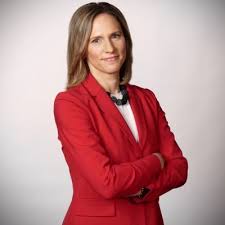 On the Dec. 4 edition of MSNBC’s “Morning Joe,” Scarsdale resident Mimi Rocah announced her intention to run for Westchester County District Attorney. That same day, on her Twitter account, Rocah said, “It’s time for people to get off the sidelines and fight for what they believe in. That’s why I’ve made a huge decision — I’m running to be Westchester’s next District Attorney.

As a Democrat, Rocah’s run will require a primary against incumbent DA Anthony Scarpino, Jr.

On the Morning Joe segment, Rocah, who had been a U.S. Attorney in the Southern District of New York for over 16 years, said that less than 24 percent of prosecutors in the United States are women. During her tenure in New York’s Southern District, she said she put away gun dealers, drug traffickers, and child predators. And, for the past two years has been speaking out about the rule of law — about the lawlessness of the current administration (in Washington).

Rocah continued: “These are the kinds of hateful, frankly criminal messages that are coming from Washington, and so I want to be a part now of what is happening on the local and state level pushing back against these policies of hate and this complete disrespect for the rule of law. And in Westchester County where we have sex trafficking and an opioid crisis — people dying from opioids every day — people are afraid to send their kids to school because of gun violence. These are the things that I can work on and also to help push back against the Trump administration.”