The 16-year-old young man stepped up to bat four years ago, knowing only swings and misses in his baseball career.

Almost every spring and fall Saturday for a decade, since he was seven, he’d failed to make contact.

But then he heard the most beautiful sound of his life: THWACK!

Max Shearon rocketed a ball past the mound, beyond the outstretched arm of the overjoyed coach-pitch hurler.

Dozens of families erupted in cheers from a pair of bleachers.

Dad cried tears of joy — in fact, he cries at most every game.

“I shed a tear of happiness, it’s just so super emotional,” said the 20-year Scarsdale resident, who describes Max as “globally delayed.”

Field of Dreams
The lives of the Shearons (and thousands of others over the years) are enriched by The Miracle League of Westchester, a non-profit designed to give local children and adults with disabilities the opportunity to play baseball as a team member in an organized league.

Since the organization’s debut fall season in 2007, local families have been able to deliver the gift of baseball to their loved ones, in a way little league and adult rec. ball cannot.

Miracle Field, specially designed with a rubberized and cushioned surface at Ridge Road Park in Hartsdale, was provided by Westchester; the county continues to run its upkeep.

Players participate for free, and the league is mostly sustained from donations via fundraisers, including a big annual golf tournament in June.

The league is engined by a group of dedicated volunteers.

Longtime Executive Director Rick Monzon attends to all the little details, like special “walkup” music to play for each batter as they stride or are wheeled to the plate. Monzon was the one pitching underhand to Max when the ball was smashed past the mound on that fateful day four years ago. 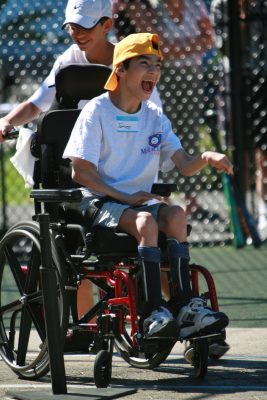 ‘Lump in My Throat’
“Scoring” is also measured a little differently in this league.

A successful at bat might feature something as simple as the player gaining enough fortitude to even go to the plate. Which is anything but simple for certain players.

“At first you see some are a little timid and won’t come out of dugout and then as the coaches and volunteer buddies help, they start gaining confidence,” Monzon explained.

Another critical aspect of the Miracle League program is how kids without disabilities are part of the community.

Every Miracle League player is assigned a “buddy.” The buddy helps the player around the bases if necessary, and generally tends to their needs — the main job is keeping everyone safe.

The buddies are mostly local middle school and high school students. Mount Kisco dad Jon Weiner was blown away by the league after bringing his 13-year-old sports-loving son Sam to volunteer for the first time in mid-September.

“I had to clear the lump in my throat,” Weiner said in describing the experience during a phone interview. “It was the pure joy — the exuberance on the kids’ faces.”

Sam is an eighth grader at Fox Lane Middle School, and plays baseball, basketball, frisbee, and football; some in leagues, others for fun. The volunteer experience offers a healthy teenager some perspective on valuing life’s blessings while learning the importance of embracing people from all walks of life.

“This is truly about having fun — this isn’t about winning or losing, it’s just about happiness,” Weiner said. “It’s just a reminder that we can always have people in our life that aren’t exactly like us. It’s a reminder that friends can come from a million different walks of life — people who may not look and talk and be just like us.”

There’s Crying in Baseball
The league also provides a support system for people navigating the challenges associated with having a disabled person in their family.

“It can be daunting sometimes,” said Monzon, whose 21-year-old son William (a league veteran) has Down Syndrome. “It can be difficult to learn the process of how to get services and can be overwhelming. It creates situations for parents where we can become resources. The parents chat and develop friendships and playdates happen. It works out very nicely.”

As for Mark Shearon, he’s like most any baseball dad, even though the London native didn’t play the game himself.

Everyone rightly says it’s about having fun. But it’s a lot more fun when a taste of personal victory is earned — like solid contact that feels like a miracle.

For Mark, his wife Sharon, and his 22-year-old (medical student) son Zac, it’s gratifying to see Max achieve success and growth in every game.

“Can you imagine going every week and not really hitting the ball?” Shearon said. “For Max, it was amazing. The smile on his face. He makes contact every week now. He feels that same joy every week — it’s that same feeling for him. He gets that intensity of feeling every week.”

And dad gets a good cry.

To learn more about the league, visit: https://mlwny.org 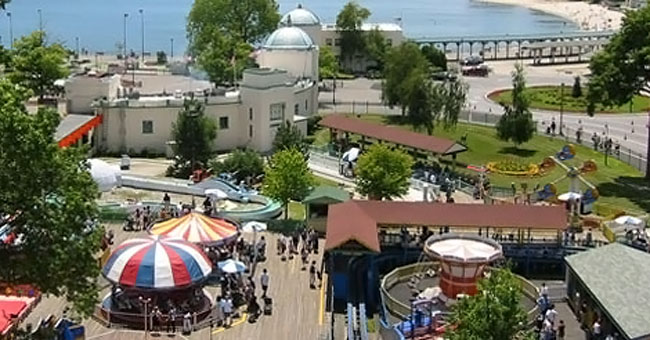 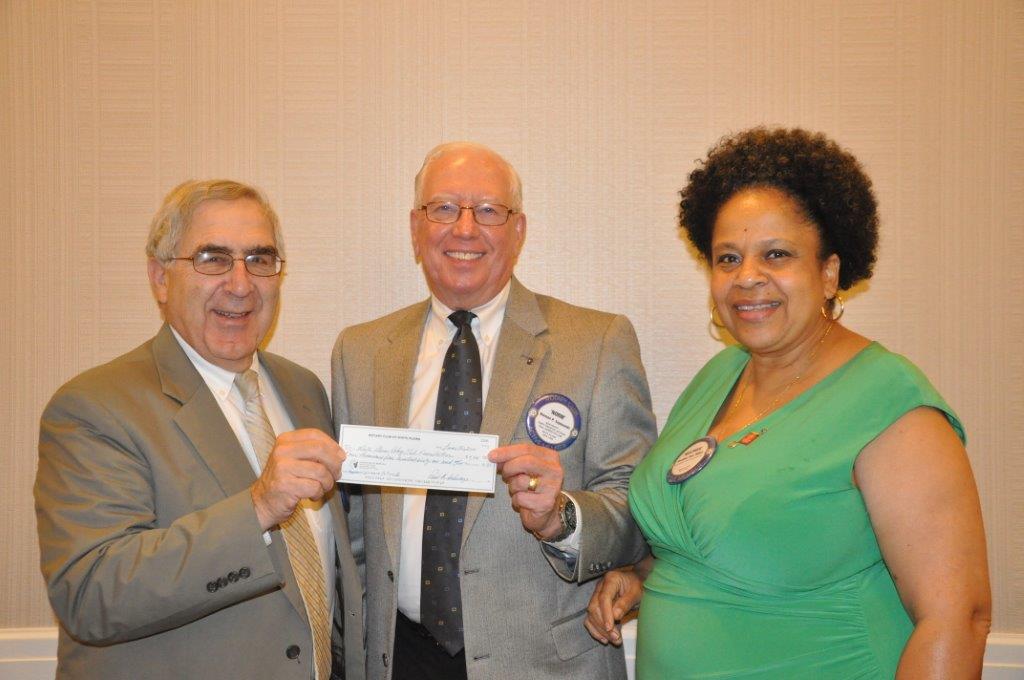