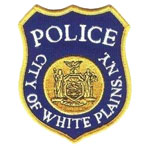 A homeless man is facing felony charges after he spat on and punched an 83-year-old Asian American woman outside The Westchester mall in White Plains.

Glenmore Nembhard, 40, was arrested last Thursday and charged with assault in the second degree with intent to cause physical injury to a person who is 65 years of age or older, a D felony. At the time of his arrest, he admitted that he had been angry for several days.

He was remanded to Westchester County Jail.

On March 9, Nembhard attacked Nancy Toh between 7:30 p.m. and 8 p.m. at the corner of Westchester Avenue and Bloomingdale Road. After Nembhard punched Toh in the face, she fell to the ground, hit her head, and blacked out, according to White Plains Police Chief Joe Castelli.

When she came to, Nembhard had fled the scene, Castelli said, but Toh was found by a passerby who helped her up and brought her home. Toh contacted White Plains police the next day and reported the incident.

Detectives canvassed the area for evidence, interviewed witnesses and reviewed surveillance cameras, Castelli said. Nembhard was taken into custody the next day near Westchester and Kensico avenues, Castelli said, adding that Nembhard placed himself at the location of the attack.

Westchester County District Attorney Mimi Rocah has assigned the Assistant District Attorneys focusing on hate crimes and elder abuse to investigate the incident. While there’s currently no evidence linking a trend of violence against minorities in White Plains, attacks on Asian Americans in metropolitan cities have become more widespread since the start of the coronavirus pandemic.

Even if you’re not the victim, Rocah is urging everyone to report all hate crimes and bias incidents to ensure law enforcement officials can track and work to prevent other acts like this.

“Attacks like this one impact all of us,” Rocah said. “They create an atmosphere of fear and intimidation that keeps us from feeling safe and secure in our homes and communities.”