The Local Journalism Sustainability Act proposes a trio of tax credits aimed at bolstering local media outlets. It is designed to encourage businesses to advertise in local newspapers, readers to subscribe to local newspapers and publishers to hire journalists for their newspapers.

A Maloney aide said the congressman is “supportive of this critical issue and is working to ensure our local news have the resources they need to get through the economic strain of this pandemic.”

“Local news is irreplaceable,” Maloney himself said in a statement.

“Folks across the Hudson Valley rely on our local newspapers for the information and news that matters most to them and their families,” the Democratic lawmaker added. “This pandemic has put a major economic strain on our news providers, and more needs to be done to support them before it’s too late. I’m proud to fight for efforts in Washington to protect our local news, and will continue to advocate for our outlets and the jobs they support.”

Jones, who prevailed in a crowded field of Democrats seeking to replace retiring Rep. Nita Lowey, committed to joining the bill as a co-sponsor if he wins the fall general election and takes office in January. How fast the bill might or might not move this year remains an open question. (The bill would need to be reintroduced next year if it stalls this year).

“Local journalism is the lifeblood of our democracy,” Jones said. “But thanks to the encroachment of digital media, the industry has long been imperiled, and the COVID pandemic has made things dire for local media outlets across the country. Congress must take action to ensure the ongoing viability of local media. The Local Journalism Sustainability Act is a good start, and if I were in Congress today, I would happily add my name as a co-sponsor.”

Maureen McArdle Schulman, the winner of last month’s Republican primary for Congressional District 17, could not yet be reached for comment. Jones is considered the heavy favorite to replace the retiring Lowey, who has won election and then reelection every two years since 1988.

Bi-partisan support for the bill has already been achieved, with representatives Dan Newhouse, (R-WA) and Ann Kirkpatrick (D-AZ) introducing the bill on July 16. The bill enjoys at least 18 bipartisan co-sponsors, with some counting as many as 30 supporters.

“Local journalists and newspapers are essential to ensuring the public remains informed,” stated Newhouse, the Republican congressman from Washington State.

“Local news is crucial – particularly within our rural communities in Central Washington – and our local journalists provide in-depth perspectives that inform their readership regarding local current events,” Newhouse added. “Unfortunately, due to transforming business models and changes to advertising mediums, many of our locally-owned newspapers have been struggling to make ends meet, and the pandemic has only exacerbated their situation. By providing tax credits for readers and local businesses and by empowering our local journalists, we can begin to help our newspapers remain resilient and continue to provide important information and updates to our rural communities.”

The tax credits proposed in the bill are three-pronged:

Industry advocates are rallying publishers to lobby for the bill. The CEO of America’s Newspapers, an organization that advocates for the industry, posted a statement on the group’s website, and noted how the association is seeking 100 cosponsors from “across this country and political ideology.”

“We have an opportunity for this effort to be understood by lawmakers now and over the next few weeks as the stimulus package discussions occur,” stated Dean Ridings, the CEO. “With united efforts and voices in concert, we will ensure that your newspaper — and local journalism in general — has the best chance to succeed as an independent institution to help provide oversight the way our founding fathers intended … essentially staying true to its principles and our founding documents.”

Michelle K. Rea, the executive director of the New York Press Association, said in an email interview that “this legislation will help newspapers and local business address longstanding economic challenges that have been accentuated by the coronavirus pandemic.”

“Democracy depends on informed citizens to make it work, and local news organizations are the only entities that provide verified, factual, local information to keep citizens up to date on important local issues,” Rea added. “Newspapers also enable commerce, providing cost-effective local advertising to businesses that depend on local in-store traffic.”

Lowey, for her part, has not yet reviewed the bill.

“Since this bill was only introduced a week ago, the congresswoman has been busy marking up and moving the appropriations bills,” explained Lowey Communications Director Jane Richter. “Consequently, she has not had the opportunity to review this bill yet…”

Attempts to reach New York’s U.S. senators, Chuck Schumer and Kirsten Gillibrand, have not been successful.

This article will be updated when additional information and responses become available. 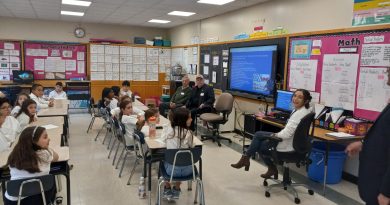 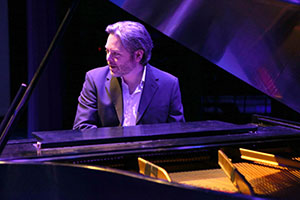