“I wanted to be a catcher ever since my MSA coach asked, ‘Who wants to catch?’ It seemed really cool,” recalled the Mahopac senior, “being able to wear all the equipment.”

It would be the start to what evolved into an outstanding career as a high school and travel softball catcher. It also led Dellamura to meet one of her best friends — Mahopac pitcher Shannon Becker, the Notre Dame-bound slinger.
Every Mahopac opponent knows all about Becker, but what the opposition does not realize is Dellamura’s all-around impact on the game.

“Aside from Michelle’s unbelievable skill, she is extremely knowledgeable of the game,” Mahopac Coach Cristina Giansante said. “Michelle studies the batters while they are up, and what they’ve done in the past, and is able to recall their strengths and weaknesses. She learns from each at-bat and implements it in their next at-bat. I should add that Michelle is top-25 in her class, so it’s clear that she is a smart kid all-around.”

Dellamura enjoyed the catching equipment as a seven-year-old. As she got older and progressed through little league, then high school softball, Dellamura became aware of how involved a catcher is in a game. This would lead her to focus on all aspects of catching.

“I honestly enjoy being a catcher just because of the perspective of the game I get to have,” said Dellamura, who will attend Fairfield University in the fall. “Being able to completely see the field and watching everything that goes on is something I love. I love the adrenaline rush when there is a play at the plate and just how involved I constantly am during a game.

“I pride myself, mostly, on calling pitches and framing,” she added. “From a young age my coaches taught me how to really be able to call a good game, observing the little things like where the batter will stand in the box, what pitches she is chasing and what pitch she can get around on. Knowing that I can help my pitcher get calls by framing a pitch well is honestly just an overall great feeling.”

While Becker has the pleasure of throwing to an incredible catcher, Dellamura also realizes how fortunate she is to be catching Becker. Along with their parallel Mahopac varsity careers, the Mahopac battery has played together for six years with the Empire State Huskies travel team.

“I think Shannon and I work so well together because we understand each other so well,” Dellamura said. “I’ve been catching Shannon for so many years I just really understand her pitches and the movement she is able to create with each pitch. I also think she trusts me being able to handle all her pitches since we’ve been doing it for so long together. I honestly love being able to catch Shannon. It is just so exciting, and being so in tune with each other makes it even better. Knowing I can handle her pitches takes a lot of pressure off me and I also think the same goes for her.”

“Michelle has been catching Shannon since fourth grade, so their chemistry is unmatched,” Giansante said. “I have all the faith in them, their knowledge, and their chemistry to call games. I have not regretted it once. There are times when we will discuss approaches or I will call over to Michelle, and often we’re on the exact same page. Those times are few and far between where I even call over. Michelle is just extremely intelligent and mature beyond her years.”

Mahopac is off to an excellent start, led by Becker and Dellamura. The catcher is happy to be back playing with her teammates her senior year.

“In all honesty I love everything about my team,” Dellamura said. “We all get along so well and just have an amazing connection. Everyone hypes each other up no matter what. I have so much confidence in each of my teammates because I know they are all capable of so much. After losing all of the 2020 season, it was definitely upsetting, but just knowing I got one last opportunity to play with my teammates and just the Mahopac team, all together, is truly amazing and I am very thankful for it.”
Becker no-hit Roy C. Ketcham (2-0) and North Salem (20-0, in five innings), and also blanked Arlington (3-0).

Becker rang up 16 strikeouts against RCK. She drove in a run and freshman Ava Litchtenberger hit her first career home run, of what should be many.

Arlington hitters struck out 17 times against Becker, including her 800th career strikeout. Lauren Zecca and Dellamura each doubled in a run.

Becker ran her shut-out streak to five with the win over North Salem. She collected 15 strikeouts, giving her 828 for her career (as of press time).

Dellamura had a double among her three hits and drove in three runs. Zecca homered twice and had four RBI and Becker had four hits and two RBI.

Maya Servedio threw a no-hitter against Byram Hills and struck out 18. She also went 4 for 4, including a home run, double, three-runs scored and four RBI.

“We are having a great start and playing with a lot of energy and hustle,” Fernandez said. “I’m so proud of the way the girls are having fun and playing their hearts out.”

LAKELAND improved to 4-1 this season as Stella Bale tossed a no-hitter and struck out 17 in a 7-0 win over Horace Greeley. Bale has allowed two runs, one earned, this season, and has rung up 81 strikeouts in 37 innings. Her lone loss was to Mahopac and Shannon Becker, 1-0.

Hannah Matusiak supplied the thunder with a home run and double. She drove in two runs and scored twice. Ryleigh Melendez also had two hits and scored two runs. Shannon Scotto and Bale each had a hit and run scored.

Following four games in four days to open the 2021 season, resulting in a 2-2 start for HEN HUD, the Sailors split a pair — a 6-0 win over Fox Lane and a loss to John Jay-East Fishkill.

Pitcher Alana Espinoza registered her second shutout of the season on a four-hitter with 18 strikeouts. Taeghan Dapson supplied two RBI while Lisa Pasquale, Kami Johannsen and Jess Bleakley each had an RBI.
John Jay, which had dropped a 5-3 verdict to Hen Hud in week one at the Yorktown Tournament, shut out the Sailors. In the loss, Dapson had two hits.

“We have been really good when Alana throws the ball well,” said first-year Hen Hud Coach Will Mauro. “The defense has been pretty good and eighth-grader Lucy Mager has been a bright spot defensively playing outfield and shortstop.”

Hen Hud shut out Beacon and beat John Jay, in week one, and lost to undefeated Yorktown and Arlington.

BYRAM HILLS rallied to derail SOMERS, 9-7, when the Bobcats scored five runs in the fifth to take the lead for good.

Gabby Monteleone’s two-RBI single was the big blow. RBI hits from Alexis Conigliaro, Olivia Addeo and Madison Nero padded the lead. Gabby Nero had four hits, scored a run and drove home another. Avery Kossow was 3-for-4 with a triple and two RBI for the Tuskers while Ellie Walsh went 2-for-3 with two RBI.

Taylor Peduto collected her first varsity hit among her three hits, including a triple, and she drove in three runs. Abby Lowder had a hit, scored twice and had two RBI.

Dobbs Ferry was an ungracious guest and ruined Putnam Valley’s Senior Day for Western CT-bound Frankie Reyes, Gallello and Lowder with a victory.

The Tigers also lost to Hastings, despite a hit and RBI apiece for Gallello and Peduto. LeAnn Keeler also had her first varsity hit.

Veteran White Plains’ Coach Ted O’Donnell’s team is 3-2 and has overcome the loss of his all-state pitcher from 2019, who chose not to play this year. He has handed the ball to 13-year-old eighth-grader Serena Gillen and she has responded with the poise of a veteran varsity player.

“Serena is as tough as nails, is a fearless and fiery competitor and extremely composed for an eighth-grader,” O’Donnell said.

“She already has a variety of pitches with good location and good speed. She has a very bright future.

“A very good Eastchester team had runners on first and third in the first inning with no outs and didn’t score. She gave up three singles to earn her first varsity shutout. She struck out 10 against Ardsley. I know she will get better every week and has only been on varsity for two weeks.”

Mendez had three hits, including a home run, against Ardsley as the Tigers rallied from an early 5-0 deficit to bring the tying run to the plate in the seventh. Darla Palombo added two hits.

O’Neill was almost perfect at the plate in three games, going 11 for 14 (.786 average) with a home run, two triples, five RBI and nine runs scored. She was also a perfect 6 for 6 on stolen bases. While O’Neill was supplying the offense, Ashley Rosen was racking up strikeouts — 30 in three games.

Julia Serena went 3 for 4, including a double, in VALHALLA’s 7-2 loss to perennial Section 1 Class B power Rye Neck. Kathryn Wolfthal and Emma Levine had a hit and an RBI apiece.

FOX LANE had a rough week, dropping games to Arlington and Hen Hud. Adriana Piccolino slammed a home run and triple in the Arlington game and Sam Sanchez doubled.

Hannah Getman rang up two hits, including a double, and Sanchez and Katie Cristiano also doubled against Hen Hud. 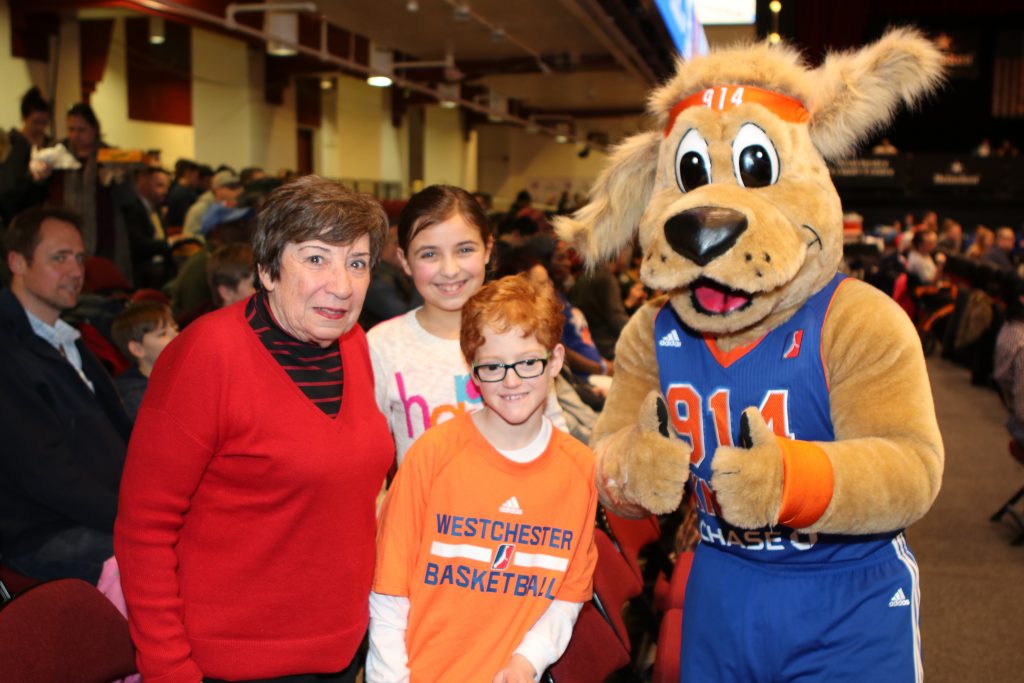 Garden of Dreams Night for Children Says it All 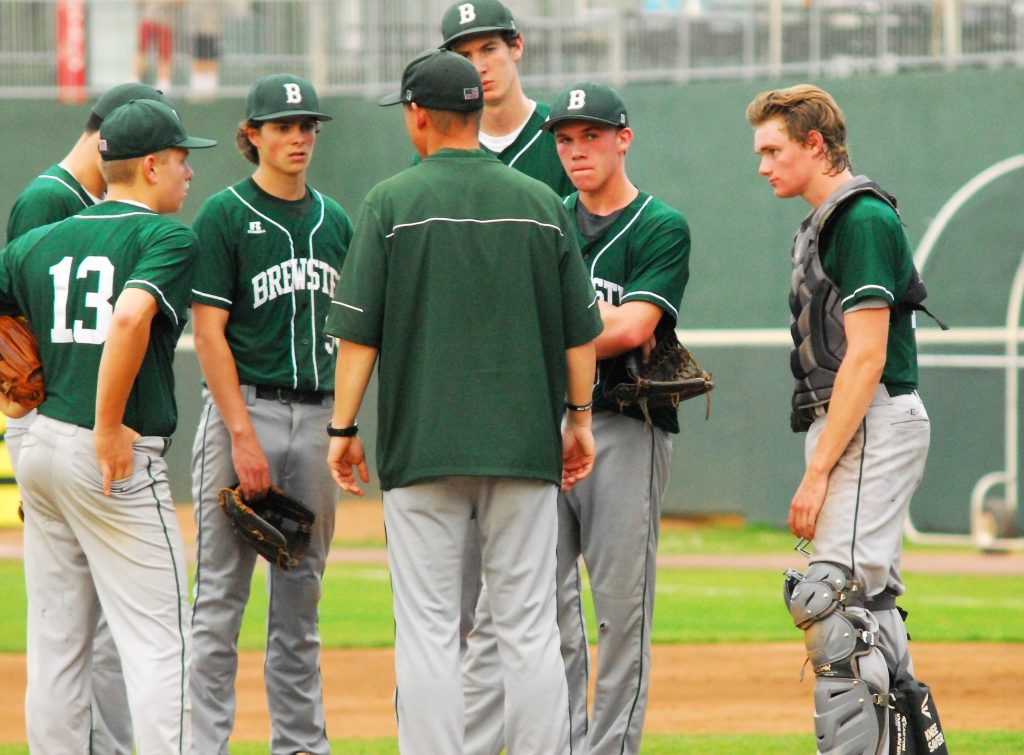