Skip to content
The Putnam Examiner
January 4, 2018 David Propper 626 Views 5 min read
We are part of The Trust Project 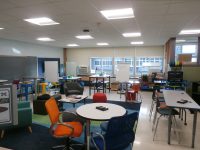 With the field of education and how students learn always changing, the Mahopac Central School District is trying its best to stay ahead of the curve and even lead from the front.

For the Mahopac school system, the time for classrooms of the future is now. With assistant superintendent for curriculum, instruction and professional development Dr. Adam Pease and assistant superintendent for pupil and educational services Dr. Greg Stowell spearheading the efforts, Mahopac is creating Breakthrough Classrooms meant to expand student learning through technology and forward thinking approaches to instruction.

By focusing on the whole student, Mahopac schools wants students to be engaged in a community-oriented classroom that includes mindfulness and technology in a creative space conducive to learning.

Pease and Stowell don’t want school to be “hard” per say, but instead would like to see students tackle rigorous studies with critically thinking. Pease noted while it might be “hard” to memorize the preamble of the Gettysburg address, it’s something they can easily find on a computer. By offering rigorous learning, it works the students’ brains and prepares them for college and a career. The technology, like Chromebooks, has allowed teachers to expand their reach in the classroom, Pease said, and students are able to work at their pace, either faster or slower.

By using resources online like YouTube, Pease said students can hear from an actual astronaut or explorer rather than just reading about it in a book. The entire world can be at a student’s fingertips. Most students in the district have access to Chromebooks during the day.

“Technology has totally changed the game of instruction,” Pease said. “All of sudden there’s just not one teacher in the room, there can be a whole bunch.”

The challenge for administrators is how are to make sure teachers are supported financially, logistically and technically, Stowell said.

Over the summer of 2016, the district took a small group of the most forward thinking teachers and held a focus group on what should the most innovative classrooms look like.

Administrators have also read books on the topic about the future of education, Pease said and more professional development for about 20 teachers was offered in fall 2016. Right now there are 23 “break through” classrooms in Mahopac, Pease said.

Some of the ideas gathered included not having a “front” of the classroom and not lecturing to students. Students no longer do work just for the teachers’ eyes, but for a “global audience.”

Stowell said the district is doing professional to development on how teach students to acquire skills that have a multi- disciplinary approach rather than just read and write and do math. Clinicians are brought in to explain to teachers how they can help students’ emotional wellbeing and Information Technology workers help teachers integrate technology into lesson plans, Stowell said.

“We have a good road map and we’re learning everyday better and better,” Stowell said.

While major additions and changes are important, Pease noted little details also matter. Pease said administrators and teachers look at paint color, lighting, furniture and even the smell of a room to foster the best learning experience. A classrrom layout can include some students standing while they work at high stop tables and other students sitting together at a round table or on bean bags.

Stowell wants to see future classrooms all have spaces and outlets where students can be creative. Rather than going to one room for a special engineering project, the point is to have creative offerings in each classroom consistently.

“That classroom doesn’t just produce kids that learn, but kids that are happy to learn,” Stowell said.

The hope is to steadily multiply these pockets of innovation taking place in some classrooms and years from now sees it occur in every classroom in every building.

Pease and Stowell have developed a system to test and vet different classroom equipment and teaching approaches. Some of it is trial and error and some slight mistakes are made, Pease conceded, but it allows the district to move forward.

Of course, New York State assessments need to be considered when cultivating an approach. While Pease knows strong tests scores are important, other measurements not shown in a grade also matter like how willing a student is to learn more outside of the classroom and being prepared for life after Mahopac.

“It’ll take a little time before we see the proof in the pudding with the data of test results,” Pease said.

During a meeting between teachers, parents and administrators earlier this year, one teacher noted his second grade students are writing better now than he’s ever seen before in his 20 years in education. Stowell added if students are properly instructed and taught to think critically, questions they face on state tests are no longer as difficult.

With Mahopac reaching deep into the 21st century, Stowell knows traditional teaching and learning also has a place in the district.

“There are some things that still have value today, but they don’t become front and center of a classroom,” Stowell said.

Pease noted there is never an end to exploring new ways to get students to learn and think. Education is always changing across the United States and even across the world, Pease said and Mahopac doesn’t want to just keep up, but stay ahead of the pack.

“The simple answer is we are about students and student learning and students being successful as adults,” Pease said. “So ultimately what are we hoping to gain? More powerful educational experiences for kids that will better allow them to function well in this new environment of work and home.” 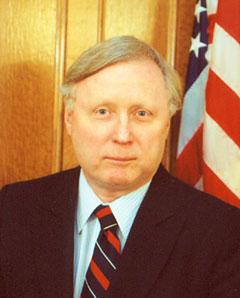