Skip to content
The White Plains Examiner
January 16, 2018 Pat Casey
We are part of The Trust Project

Lowey, who voted against the tax legislation because she believes it is particularly harmful to residents of New York, said 86 million middle class families would be paying more in taxes.

In particular, Lowey emphasized that the SALT (state and local tax) deduction was a major source of tax fairness for high cost of living and high tax states such as New York.

She explained that in the 17th District, which includes Westchester, 45% of residents depend on the SALT deduction at an average of $25,000 annually, making the new $10,000 cap for local and state taxes and income tax an unfair burden.

Barry Kramer said that seniors and first-time homeowners would likely be the most affected by the new tax law.

Kramer said HGAR is firmly against the tax reform. “I feel it is a deterrent to homeownership in the area because deciding whether to buy a home or to rent will become a financial rather than a lifestyle decision,” he said.

Mayor Tom Roach agreed. “From its beginning, the IRS did not tax money you paid in taxes to local jurisdictions. Localities had priority. Local taxes paid for local services,” he said. “This new tax law flips that on its head. Because of the high cost of living in the area, people living here will be inordinately affected.”

Roach went on to quote Gov. Andrew Cuomo from his recent State of the State address in which he called New York the Number 1 donor state. “We are a prosperous area and we give much more in money than we get back,” Roach explained. Other states and areas are “receiving states” and those who have spoken so loudly in favor of this tax reform are from those receiving states, Roach added.

Up in North Castle, Supervisor Michael Schiliro said he had been busy collecting the 2018 taxes they could before the end of 2017.

Schiliro is particularly concerned about how the new tax law will affect the mortgage recording tax and building fees, which make up a portion of the North Castle revenue stream.

“We are looking at this on a weekly basis, Schiliro said. “People may not look to expand on or fix up their homes. We saw this for other financial reasons on 2008. We will see if the number of houses sold begins to decline,” he said.

Based on the number of people who came forward to pay a portion of their 2018 taxes in advance, Schiliro believes there could be significant impact.

Lowey noted that in her district 17,000 taxpayers paid some portion of their 2018 taxes at an estimated $51 million. “The IRS has a responsibility to honor these efforts,” she said.

Working with Congressman Peter King (R-Nassau, Suffolk), Lowey has prepared legislation to restore the SALT deduction. She and King will continue to work on the bi-partisan effort. 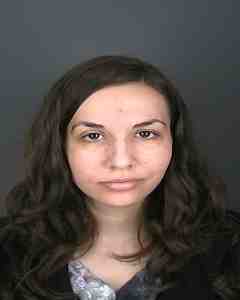 Batteries Plus Bulbs to Donate Sales to Typhoon Haiyan Relief