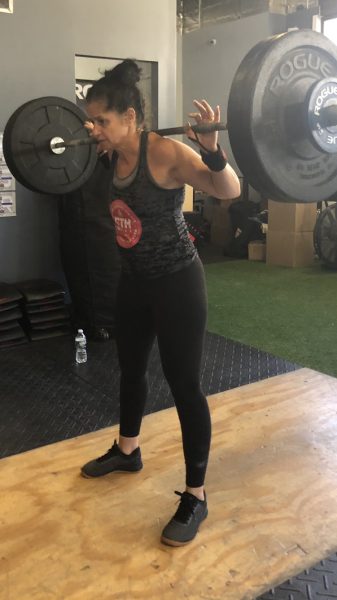 The CrossFit Open is a worldwide competition in which thousands of athletes engage in five weeks of Olympic Weightlifting events mixed with high intensity endurance workouts. Think of military boot camp for civilians. Empire CrossFit in White Plains, as well as numerous other Crossfit gyms throughout the area are participating in the event. Northeast CrossFit in Hawthorne is one of the affiliates hosting the events this year and one of its members, Lisa McGuinn of Valhalla, has quietly moved up the leader-board each and every  week. Lisa, a mother of three, whose son Brody was quarterback of the White Plains Tigers in his youth football days, and whose husband has worked for the White Plains schools system for many years now, is presently ranked in the top 100 in the world. This ranking will qualify her to move on to the next level of competition where only the best of the best will compete.  Lisa is coached by Chris Shkreli, the General Manager of Northeast and she attributes much of her success to the daily workouts he puts her through, as well as his watchful eye and never ending attention to detail.