The awards program was established to honor and promote community media and radio and local cable programs that are distributed on Public, Educational and Governmental (PEG) access cable television channels. Proceeds go to the ACM Foundation, which is exclusively used for facilitating, preserving and promoting education in community media.

Designed to educate and encourage Putnam residents and visitors to support local eateries during the pandemic, the winning submission featured a series of powerful interview vignettes with Putnam County restaurateurs, as well as visuals demonstrating the safety and sanitization protocols that Putnam restaurants have implemented to ensure the health, safety and comfort of patrons during the pandemic.

“Working with a talented cinematographer, like Chris Casaburi, truly raised the bar on quality and enabled us to visually portray a true and persuasive story acknowledging our hospitality heroes,” Kaslyn said.

View the video at https://youtu.be/Tc7ynpD_bNA to meet some of Putnam’s extraordinary eatery bosses as they share their commitment to safety, good food and great atmosphere.

Each year, nearly 1,000 entries are submitted. These entries, or programs, are evaluated on several factors resulting in more than 100 award winners. A panel of judges from the industry evaluates the entries. Awards are presented to the most creative programs that address community needs, develop diverse community involvement, challenge conventional commercial television formats and move viewers to experience television in a different way.

“The Hometown Media Awards celebrate both the excellence of work and the diversity of media that appears on community channels being produced around the country,” said Mike Wassenaar, president & CEO of Alliance for Community Media. “The ACM Foundation is proud of their achievement and of how they represent their communities in their work.” 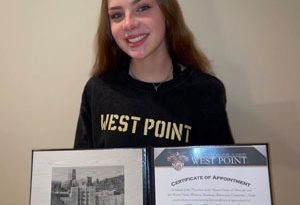