Skip to content
Generic SPORTS
May 22, 2018 Al Coqueran
We are part of The Trust Project

On Wednesday, May 16, the NY Liberty, one of the original franchises in the WNBA, officially opened their 22rd season with Media Day at the Madison Square Garden Training Facility in Greenburgh.

First year Head Coach Katie Smith will be assisted this season by third-year Assistant Coach Herb Williams, who joined the Liberty after spending 13 seasons as an assistant coach for the NY Knicks. Williams also played for the orange-and-blue, while spending two intervals with the Knicks from 1992-’96 and 1996-’99, after a short tenure with the Toronto Raptors in 1996.

Smith also brings back her former teammate with the Detroit Shock, Barbara Farris, who is an 11-year veteran of the WNBA. Farris and Smith played together for one year on the Shock in 2009. Farris previously spent two seasons as an assistant coach (2013-14) and nine seasons as a player (1998-2009) with the Liberty.

“First of all, I had a wonderful time being the Color Analyst for the Westchester Knicks,” expressed Weatherspoon. “The atmosphere is amazing, especially when the arena is filled. It is an intimate setting without a bad seat in the building. We are going to make this place home,” stated Weatherspoon, regarding the Liberty playing a majority of their home games this season at the Westchester County Center.

The Liberty opened their 2018 season on the road against the Chicago Sky, in the Sky’s Wintrust Arena, on Sunday, May 20. The shorthanded Liberty lost to the Sky, 80-76.

The Ladies of Liberty were without centers Kia Vaughn and Kia Stokes. Vaughn is finishing her season overseas in Turkey and Stokes is recovering from an injury. The Liberty was also missing prolific shooting-guard Epiphanny Prince, who is also still overseas completing her season in Russia.

The Liberty were led in the loss to the Sky by five-time WNBA All-Star center Tina Charles, who scored 19 points, while their 2018 WNBA First-Round Draft choice, guard Kia Nurse contributed 17 points and three assists in her WNBA debut. Amanda Zauhi B. picked up some of the slack for the missing Vaughn and Stokes, while scoring 15 points and grabbing seven rebounds. The Sky was led by guard Allie Quigley with a game-high 22 points.

“We have to hit shots. They hit shots and we didn’t. That was honestly the biggest difference (in the game),” commented Smith, after the Liberty shot 36% and the Sky 47.6 % in the game.

Hopefully, the Ladies of Liberty will shoot better and have a positive result when they open their new home-court at the Westchester County Center, against the reigning WNBA Champion Minnesota Lynx, on Friday, May 25, at 7:30 p.m.

The Liberty will launch their inaugural season at the County Center with a pregame Fanfest presented by Chase. The Liberty Fanfest will begin at 5:30 p.m. and will feature an on-sight DJ, Pop-A-Shot, photo booth, face painting and airbrush tattooing.

The Liberty’s next home game will be against the Dallas Wings, at the Westchester County Center, on Tuesday, May 29, at 7 p.m. 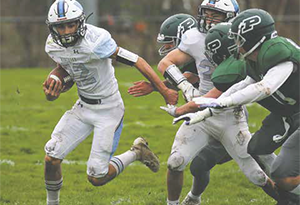 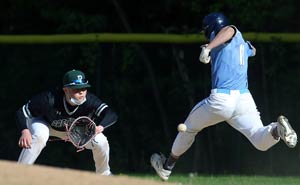