The 2021 Lakeland varsity girls’ soccer team had one of the finest seasons in program history as it won the league title, qualified for sectionals and finished with a 12-5 record. Lakeland was led by a nine-member senior class that set the example for its underclassmen teammates. However, as is the case every June, the seniors graduate.

Seniors and co-captains Deanne Lage and Laura MacDonald learned from their recently-graduated teammates and are primed to build on the success of the 2021 season. The duo made sure the preparation began in the offseason.

“Last year’s graduating class definitely had a work ethic like I had never seen before,” said Lage, in her third varsity season. “Each and every one of the seniors put 100% effort into each season they played for Lakeland and I think this positively rubbed off on the rest of the younger girls. They all woke up early for captains’ practices in the summer and constantly had a positive attitude throughout the season. Looking back on last season, all the new coming and returning girls are reminded that if the work is put in, then the outcomes will show it.

“The offseason is just as important as the preseason. Preseason is what prepares each player for the games and practices that are soon to come, but without a strong offseason the preseason won’t do much for a strong team. Teams that don’t stay active throughout the other seasons will for sure be lacking, not only ball skills, but also the fitness aspect of soccer. Thankfully, Lakeland does offer a winter and summer league to keep the girls active, and throughout this summer Laura and I have attempted to hold a minimum of two captains practices a week, just to get the team together and rolling again. It also gave the newcomers an idea of what goes on on a varsity level team.”

Lage and MacDonald, along with fellow 2021 all-league choice Kayleigh Mula, return to control the midfield. Along with the outstanding trio of Lage, MacDonald and Mula, Lakeland fifth-year Coach Shawn Sullivan said he has a strong defense, highlighted by keeper Lily Merriam. Merriam has a solid group in front of her consisting of returnees Samantha Moscati, Magda Argos, Kellie Sullivan, Keira O’Grady, Isabella Benedetto and Sofia Muccitelli.

“Deanne and Laura have been with us the longest and understand the high expectations we have set on and off the field to be a successful team,” Sullivan said. “Both have the respect of the players and coaching staff and have already done a great job leading by example and supporting the players, so everyone can improve and allow us to have a successful season.

“Deanne and Laura will control the game from the center midfield, providing the team with two very technical players in the middle of the field, setting up their teammates for scoring opportunities. They will also need to provide solid defense to shut down the other team’s best players.”

Lage, MacDonald and their teammates understand teams might underestimate Lakeland because of its graduation losses. However, this will motivate Lakeland to show just how good it will be based on the returning core and talented newcomers.

“Last season, we definitely lost a lot of strong players and with that being said, this doesn’t make us any less excited for this season,” Lage said. “I know that each girl has played with a ball at her feet in between last year and this year and I am super psyched to see how much girls have not only improved, but how much we have all grown as soccer players. All the new girls coming to play at the varsity level are probably just as excited as the returners, and I can assure them that they will fit right in and have just as close a bond with each and everyone of their teammates.

“We definitely have a lot to prove this year, but I am confident that, as a team, we can step up and prove ourselves to be the strong and successful team that we are.”

Goals: I am hoping to continue to grow the girls’ soccer program and be competitive within a very tough league/section.

Coach’s comments: Although it’s my first year as varsity coach, I am familiar with several of the girls as they have played for me on my Carmel travel team. In addition, I’ve also been able to follow many others on their respective Carmel travel teams. We have a very solid group this year and I anticipate great things from them, both on and off the field.

Outlook: “With a large group of returning players we expect to have a positive season.”

Noteworthy: Hendrick Hudson Tournament, 8/31. Opening round: Hen Hud vs. Put Valley and Croton vs. Haldane. Friday, 9/2, will be the championship and consolation games. … Hen Hud plays Lakeland in the last game of the regular season, 10/14, which could decide the league title.

Goals: Improve our record from last year and make sectionals.

Coach’s comments: “We have a great group of girls who work hard and love the game. I’m really looking forward to coaching this group.”

Outlook: “If we can put it all together we could be a real tough team. We have a solid back line, anchored by Sarah Chiuli, and two real scoring threats in Kaylie Mellars and Giuliana Rodriguez. If we sure-up our goalie spot we can be a tough out come sectionals.”

2021 Record and Sectional Result: 12-5. Lost in quarterfinal round to Pearl River in four OT.

Coach’s comments: I am extremely excited about this upcoming season as we have a tremendous amount of young players with loads of talent entering our program this year that will make us competitive for years to come. Our goal is always to be better than the day before so at the end of the season, we will be playing for a state championship. We look forward to playing some of the tough competition that beat us last year, including Rye and Pearl River.

Goals: If healthy, we feel we can compete at a very high level. We have good experience and passion for the game returning.

Coach’s comments: These girls show up every day wanting to improve and push each other to be better. They make it very easy to coach and look forward to what this season could possibly bring. We must improve each time we train, each game we play and gel every time the girls are together.

Outlook: We will take it one game at a time.

Goals: Win the league, win the Mount Pleasant Cup, qualify for the playoffs as a high seed and win the section title.

Coach’s Comments: We lost 10 seniors that included my top goal scorer. We may play a different formation this season and the returners and newcomers will have to fill the void left by the seniors.

Goals: Challenging ourselves individually and collectively to achieve the next level in our development. 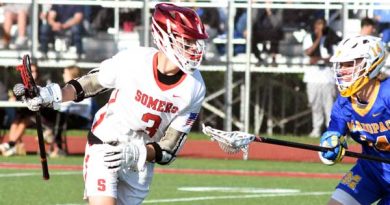