No.5 Hornets to Visit No.4 Indians in Class A Quarterfinals

LAKELAND was facing a difficult situation when its leading scorer, Tyler Hormazabal, was sidelined with an injury in the second quarter of its Section 1 Class A Girls’ Basketball Championship opener against Byram Hills.

Many teams that face this hardship will go one of two ways. The team will either fall apart because it relies heavily on its leading scorer. Or, a team will do what Lakeland did as Ava Lugo, Nichole Ljuljic and Hannah Devane raised their level of play.

The trio combined for 53 points as the fifth-seeded Hornets eliminated the 12th-seeded Bobcats, 69-62.

Lakeland, now 18-3 this season, travels to No. 4 Mahopac for a quarterfinal game, Friday (5 p.m.), in a loaded Class A. The winner of the Lakeland-Mahopac game will go to No. 1 Tappan Zee for a semifinal, March 2.

Lugo, Ljuljic and Devane have been consistent double-digit scorers all season, making opponents pay for focusing their defensive attention on Hormazabal. As a result, once the team was assured that Hormazabal was not returning, the trio took over.

“Honestly, Tyler has been a huge part of our success this season and we were all very concerned when she went down,” Lugo said. “We saw Tyler was in pain and when we learned she wasn’t going to get back out there, we got together, pumped ourselves up and knew we all needed to step up. We are all confident players and we know that we can go out there on any given day and have a big game.”

Lakeland Coach Miranda Mangan was also concerned about Hormazabal, but she knew her team would respond.

“I am very proud of how everyone stepped up,” Mangan said.

While Lugo, Ljuljic and Devane were the offensive standouts, Lugo said the keys to victory were defense and rebounding.

“We had some great defensive moments,” Lugo noted. “We played great team basketball. We are all very close and love playing together.”

Even though Lakeland came into sectionals with a 17-3 record, it only earned the Hornets a fifth seed. Mahopac, for many years a Class AA school, only earned a fourth seed. Panas, also with three losses, is seeded third. Tappan Zee and Harrison are the top two seeds, respectively.

BREWSTER was seeded sixth, but was upset by perennial power and No. 11 Pearl River. The Pirates play at Panas Friday.

This depth of excellent teams in Class A makes for an exciting sectional championship, annually.

“I think there is so much talent in our section because girls are super committed to being the best and always practicing and doing things to constantly improve,” Lugo said. “Mahopac has some great players and they’re always a very competitive program in all sports. It will take a great week of practice and watching game film to prepare.”

The fourth-seeded Indians received a first-round bye, then opened up with a 66-35 win over No. 20 Hen Hud.

Mahopac, 17-4 this season, will host Lakeland in a quarterfinal-round game, Friday. The winner advances to the semifinal where it will play No. 1 Tappan Zee, Friday, in a semifinal.

“Lauren has been great this season,” DeMeo said. “Lauren is only a junior, but she has been a huge part of this team ever since she joined in ninth grade. She can play anywhere on the court and does it well. Lauren is basically a guard and forward all in one.”

Mahopac turned in another strong defensive effort, holding yet another opponent under 40 points.

“I was very pleased with the intensity of the entire team,” DeMeo said. “Whether they were on the floor or on the bench, the intensity was incredible. Every game it’s somebody different stepping up, whether it’s defensively or offensively.”

PANAS, the 2021 Northern Westchester/Putnam Large School runner-up to Mahopac, earned the third seed and a first-round bye in the Section 1 Class A Girls Basketball Championship.

The Panthers opened play with a 64-43 over No. 19 Nyack, advancing to the quarterfinal round.

“We have been struggling in some games trying to find our rhythm as a unit, but I’m very happy that we played together,” Cregan said. “We played hard and together for 32 minutes.”

Panas is not surprised that it will be playing Pearl River, an 11 seed. This shows the depth of excellent teams in Class A.

OSSINING finished the regular season with a win over Saunders and received the seventh seed in the Section 1 Class AA Girls’ Basketball Championship.

The multiple-time Section 1 Class AA champions, 14-6 this season, will host No.10 Arlington in a first-round game, Tuesday.

The winner of this game will face the No.15 Suffern-No.2 Our Lady of Lourdes victory in a quarterfinal Saturday.

PUTNAM VALLEY capped the regular season with a 70-43 victory over Haldane behind 25 points from Amanda Orlando and 20 points and 13 rebounds from Eva DeChent.

The Tigers drew the fifth seed in the Section 1 Class B Girls’ Basketball Championships.

Putnam Valley will host No.12 Dobbs Ferry, Tuesday, in a first-round game. The winner of this game will take on the No.13 North Salem-No. 4 Bronxville victor in a quarterfinal, Saturday. Nobody wants to see Putnam Valley at this point in time.

YORKTOWN was seeded eighth in the Section 1 Class A Girls’ Basketball Championship and hosted No.25 Horace Greeley in an out-bracket game.

Kaitlyn Judge scored a career-high 25 points and Melissa Severino added 20 points in a 61-35 victory. The Cornhuskers had a five-point lead at halftime over No.9 Nanuet in their opening-round game, but Nanuet took control in the third quarter.

The Golden Knights outscored Yorktown by 17 points in the third quarter on their way to a 45-37 win. Yorktown, which was forced to play its final 15 games in 30 days, finished with a 14-8 record.

“I think we were moving the ball better on offense and taking care of the ball better, enabling us to get more open looks in the first half,” Yorktown Coach Brian Mundy said. “Our ball control wasn’t as good in the second half and that’s one of the reasons the third quarter got away from us.”

Despite the loss, Yorktown had a memorable second half of the season with three last-second victories. Yorktown also had eight wins in a 10-game stretch spanning January into February.

“The girls knew they were never out of a game,” Mundy asid. “Their drive and determination enabled them to come back and win games in the second half. They played well together and moved the ball well on offense. Defensively, especially in full-court pressure, they were relentless. The girls hit key shots in tough spots all season. It was a pleasure coaching this team.”

HEN HUD won its Section 1 Class A outbracket game against Rye, outscoring the Garnets by nine in the second half on its way to a 51-47 victory.

Hen Hud ran into a red-hot Mahopac and the No. 4 seed ended the Sailors’ season with a 66-35 verdict.

Coach Ken Sherman will graduate three seniors, but he will return a young nucleus that is promising and has sectional experience.

“The sectional win over Rye was huge for this team,” Sherman said. “Even though we graduate three seniors, we are a young team. Our leading scorer is freshman Kaitlyn Raguso and next year we will only have one senior, so the sectional win was good so that the young players know how to win come playoff time.” 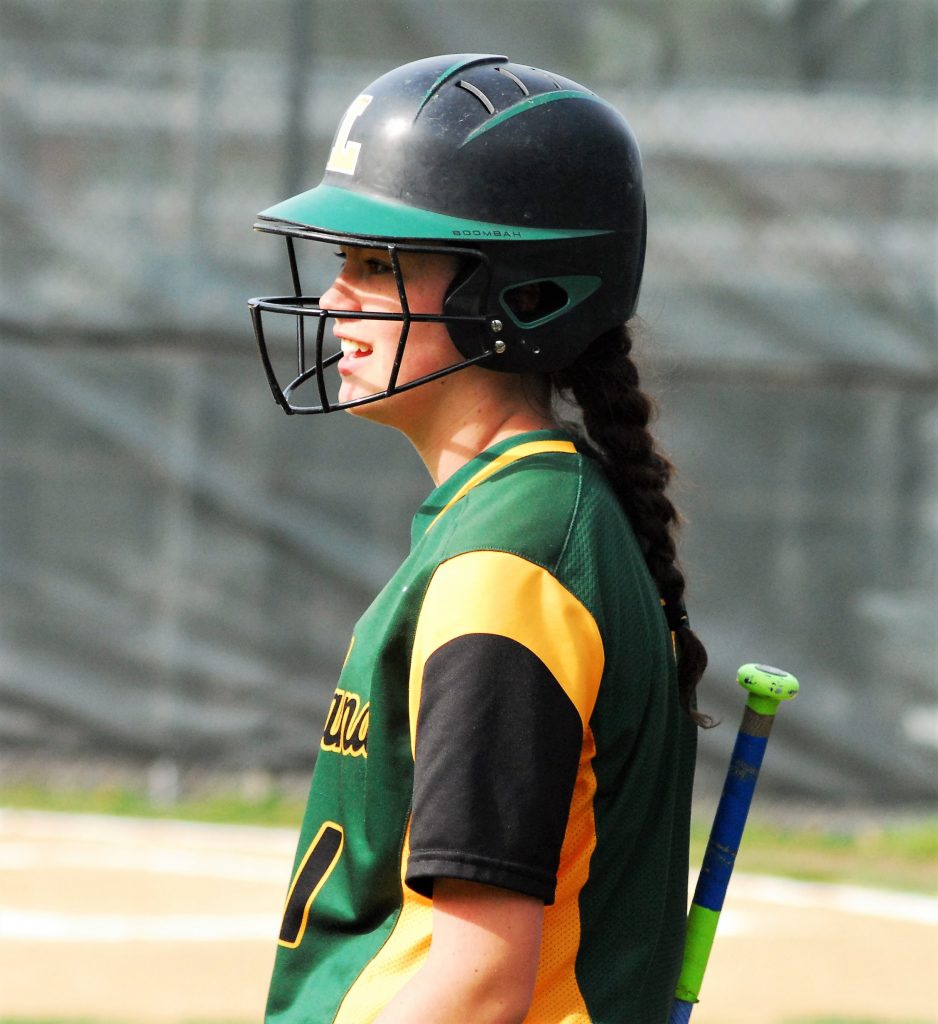 Lakeland’s Walsh Settled for Nothing Less than Section 1 Title 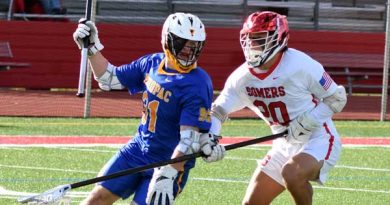 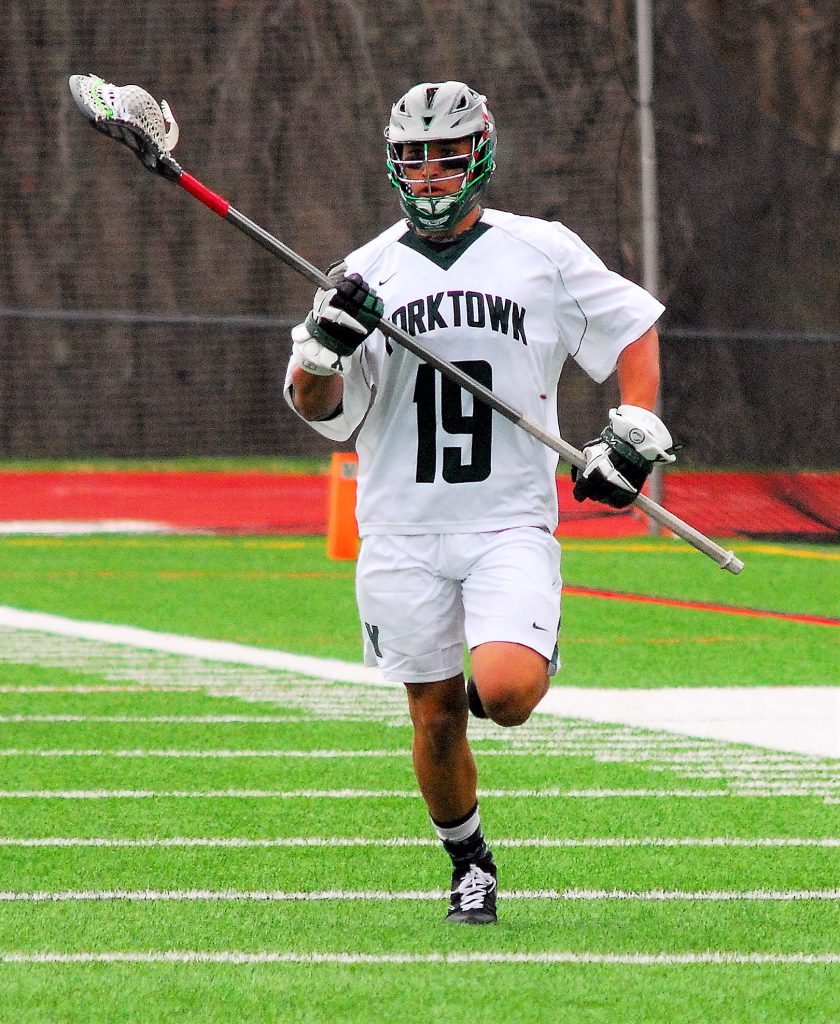