Skip to content
Business Other News
June 22, 2021February 23, 2022 Examiner Media Katonah
We are part of The Trust Project

The Katonah Museum of Art (KMA) has announced that Michael Gitlitz has stepped down as its executive director and that Margaret Adasko, the museum’s curator of education, and Registrar and Facilities Manager Nancy Hitchcock have been appointed co-interim executive directors.

During his tenure, Gitlitz spearheaded the KMA’s navigation of the pandemic and its transition to a robust schedule of digital educational programs, virtual tours and Zoom events. The museum organized important exhibitions that received critical acclaim, including “Sparkling Amazons: Abstract Expressionist Women of the 9th St. Show” and “Bisa Butler: Portraits.”

Gitlitz was also instrumental in the KMA’s reaccreditation by the American Alliance of Museums.

“Working in collaboration with the museum’s terrific staff and board, we have been able to achieve many important goals that have strengthened the institution and advanced the vital role it plays in northern Westchester,” Gitlitz said. “It’s now time for me to move on to new challenges and opportunities in my career.”

“On behalf of the board and staff of the KMA and the audiences we serve, I’d like to thank Michael for the great contributions he has made to the Museum and the communities we serve,” stated Vida Foubister, president of the Board of Trustees. “Please join me in wishing him well in his future endeavors.”

The Board of Directors is forming a committee to conduct a search for the museum’s next executive director. 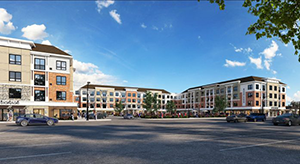 Mini Golf Course at Heritage Hills Has Some Residents Teed Off