Each year, The Justin Veatch Fund awards music scholarships to graduating high school students who live within a 40-mile radius of Yorktown Heights. The scholarships honor the legacy of Justin Veatch, a Yorktown High School senior who died from an accidental overdose in 2008.

The organization has awarded 55 scholarships to students who plan to pursue music in college since the fund was created in 2009.

“We’re thrilled to be able to continue honoring my brother’s legacy by celebrating young musicians and helping them offset the costs of pursing their dreams,” board member Elena Veatch said.

While The Justin Veatch Fund will not host an in-person award ceremony this year due to the COVID-19 pandemic, the organization will continue to deliver each recipient a $1,000 check and an award that doubles as a working metronome. 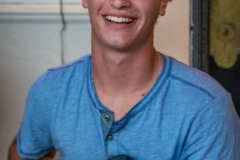 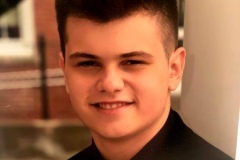 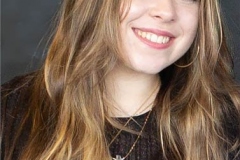 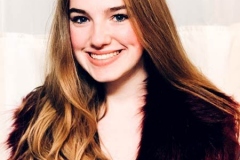 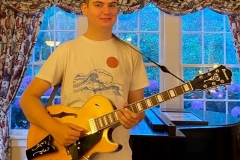 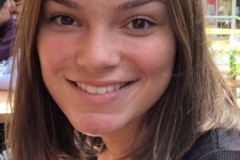 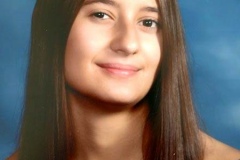 Lexi Ann is graduating from North Salem High School and plans to attend Belmont University’s Mike Curb College of Entertainment and Music Business to pursue a major in songwriting. Sharing her excitement about joining a community of songwriters, Lexi said of her journey in music so far: “I know that I’ve just scratched the surface, waiting to unlock so much potential lyric power underneath.” She looks forward to honing her craft and incorporating her vocals, guitar, ukulele, piano, and saxophone into a colorful portfolio of original songs. One teacher lauded Lexi’s ability to harness music to get through difficult times, sharing: “We all have known and worked with special students, but every once in a while one comes along who is simply extraordinary… Lexi is such a student.”

Jacob Krauss is graduating from Somers High School and plans to attend either Georgia Tech or Ohio State University in the fall. He is a guitarist and singer who has expanded his talents to other instruments and became deeply involved in producing music through collaborations. After signing up for a music theory class at Somers High School, Jacob became involved with his school’s jazz ensemble, concert and chamber choir. He calls himself a music nerd and formed a band with three other friends who held their first live performance just before the Covid-19 pandemic shut down live music. Going the virtual route to continue his passion, he organized Quarantine Collab, a YouTube cover series, in which he enlisted other local talent to provide a bright spot in his community. One of his music teachers says Jacob has become one of her most advanced students and has inspired her to be an even better teacher.

Richard (“Jake”) Leis is graduating from Pleasantville High School and plans to pursue jazz studies and performance at the University of Rochester’s Eastman School of Music with the goal of becoming a lifelong performer and educator. Jake is a baritone saxophone performer who has excelled in the WCSMA All-County Jazz Big Band, the Pleasantville High School Honors Jazz Band, and the Lagond Music School. Jake’s introduction to jazz, Latin, and funk music helped him grow and inspired him to prioritize music in his daily routines. On Jake’s proclivity for music, one teacher shared: “Jake is one of those people who doesn’t want to be a musician, he has to be a musician.”

Julia Levin is graduating from the Masters School and plans to attend the Thornton School of Music at the University of Southern California in the fall. She is a guitarist who thrives on playing live music and collaborating with other musicians, though she is also an accomplished solo artist. Her honors include winning the Fender X Splice Loop Contest, being a featured artist on Norman’s Rare Guitars’ YouTube channel, and presenting a 2019 TedX talk on the lack of respect for female guitarists. Julia received numerous honors while attending the Lagond Music School. Nikke Slight, the General Manager of VERO Music, says Julia’s potential for greatness is undeniable. Julia’s goal is to tour, perform, and collaborate with other artists while working behind the scenes supporting others in the music business.

Taylor Setterstrom is graduating from Somers High School and plans to attend SUNY New Paltz in the fall. Taylor’s primary musical interest is drums, but she also plays guitar. She says she is generally shy and introverted, and that music enabled her to make many friends that she would have never made otherwise. Since she auditioned for the house band at School of Rock in Bedford, she became a key team player in developing new techniques and skills which she has use in community events and fundraisers for good causes. One of her music teachers says Taylor’s commitment to excellence in music came about through hard work and talent. Last year, Taylor was a winning finalist in her age group in the international competition “Hit Like a Girl” for female drummers. She says she may pursue music therapy so she can give back to the community while pursuing her passion for work in music.

Noah Crosby Solomon is graduating from Pleasantville High School and plans to pursue performance and music production at Berklee School of Music (and later, a master’s degree in music education). A guitarist, Noah has excelled in settings such as the Lagond Music School, the Pleasantville High School Honors Jazz Band, and the Westchester All-County Jazz Band. One teacher spoke of Noah’s tendency to dedicate his lunch or free periods to talking about music and jazz in the band room. Another teacher said Noah is “a musical truth-seeker, a strong critical thinker, who has humility.”

Mia Williams is graduating from Westlake High School and plans to pursue jazz and contemporary music with a concentration in voice at either the Berklee School of Music or The New School. Mia is president and soloist in her high school’s select jazz choir, a leading performer in Westlake Players, and the lead singer of West Lake Rock Band. One teacher called Mia “one of the top vocalists and most talented musicians I have had the pleasure of teaching in my 34-year career.” Another teacher compared Mia’s growth with that of established Broadway vocalists.