Skip to content
Other News
June 2, 2022June 2, 2022 Examiner Media Yorktown
We are part of The Trust Project

Ossining singer/songwriter K.J. Denhert will deliver the keynote . The program is open to the public.
The recipients, selected from a competitive field of applicants, are Tobias Dorfman of Winston Preparatory School; Trevor Griffiths of Yorktown High School; Eleanor Harrison of Carmel High School; Ray Mandel-Mueller of Somers High School; Jonah Raboy of Fox Lane High School; and Jane Sheehan of Putnam Valley High School.
Each year, The Justin Veatch Fund, a nonprofit organization, awards music scholarships to graduating high school students within a 30-mile radius of Yorktown to honor the legacy of Justin Veatch, a Yorktown High School senior who died from an accidental drug overdose in 2008. Justin was a talented musician and singer/songwriter.

“We are fortunate that the fund has been able to increase the amount of our awards by 20 percent this year to $1,200 each,” said Jeffrey Veatch, president of The Justin Veatch Fund. “We were profoundly saddened by the death of Anna Louise Giusti of Ardsley, Justin’s grandmother, in 2021. Mrs. Giusti was a member of our board and included a sizeable donation to our scholarship fund in her will. The law offices of Joseph J. Tock of Mahopac and Steven and Laura Koller of Yorktown were both full sponsors of two of the awards this year.”

“Year after year, it’s inspiring to see such a talented pool of applicants whose musical range spans genres, instruments and philosophies,” said Elena Veatch, another board member. “It’s been fantastic to see the scholarship program expand over the past 13 years in my brother’s memory.”

Tobias Dorfman, of Winston Preparatory School, plans to attend Berklee College of Music in the fall. Dorfman is a talented electric bassist whose skills transcend jazz, funk, rock, Latin and other genres. He has excelled in settings such as the esteemed Lagond Music School. One teacher wrote of Toby, “he has accomplished more in two-and-a-half years than any student I’ve had the honor of working with.”
In addition to writing original compositions, he performs in and manages a rock cover band, Puppets for Hire, that has performed throughout Westchester County.
Dorfman hopes to someday lead a touring funk and R&B band, serve as a musical director and bassist for tours and TV concert specials and act as a session bassist for a multitude of songwriters and bands.

Trevor Griffiths, graduating from Yorktown High School, plans to attend Ithaca College School of Music in the fall, majoring in music education. He’s described by his band teacher as the most enthusiastic and dedicated student musician she has ever worked with who eats, sleeps and breathes music.
Griffiths is a gifted trumpet player who also is a vocalist and studies piano, guitar and drums. He credits his jazz studies for bringing him out of his comfort zone and to the next level in sight reading, complex rhythms and playing the high notes he never thought possible. During the COVID-19 lockdown, he used his time to advance his musical abilities and organize remote band concerts.

Eleanor Harrison, of Carmel High School, plans to attend the University of Rochester in the fall, where she will study biology, pre-vet medicine and music performance, with plans to audition for one of the Eastman School of Music’s symphony orchestras.
The daughter of a piano teacher, Harrison started playing music at four years old, and in fourth grade chose the French horn as her instrument of choice. Eight years later, Eleanor has played French horn in several highly selective musical organizations, including the 2021 All-National Honor Ensembles Concert Band and the All-State Symphonic Band. She even earned a perfect score of 100 on her All-State NYSSMA audition.
One teacher wrote that Eleanor “has gone from having very solid technique to using that technical ability to learn some of the hardest horn concerti and chamber pieces ever written.”

Ray Mandel-Mueller plans to attend Brown University in the fall where he will continue as a percussionist, studying music and biochemistry. The soon-to-be Somers High School graduate and son of a world music percussionist, Mandel-Mueller grew up in a household filled with the sounds of West African drums, Australian didgeridoos and Native American flutes.
In addition to being a member of the Symphony Band, Jazz Band and Honors Chamber Choir at Somers, Mandel-Mueller channels a wide range of global rhythms and instruments in his original compositions; in his own words, paying tribute to “the vast variety of roles music plays in different cultures, one of which is to build community.”
One teacher wrote that Mandel-Mueller is “the kind of student who inspires me to be a better teacher.” He looks forward to continuing to forge cross-cultural connections as a professional musician and composer.

Jonah Raboy, graduating from Fox Lane High School, plans to attend either the University of Vermont or Elon University in the fall, with a major in music technology and a minor in psychology. Raboy’s main interest is percussion and drums but he has also been involved in music production.
One of his music teachers calls him “extremely talented, hard-working and open-minded about a variety of genres.” One of his private instructors said Raboy’s recent deep dive into jazz drumming has brought him on level with his most advanced students. He has also learned to compose using the advanced program Logic Pro X.
Raboy said he is eager to become more involved in composition and music production and dreams of producing music that will give people relief for their mental and emotional health.

Jane Sheehan plans to attend either Boston Conservatory or Bard Conservatory in the fall after graduating from Putnam Valley High School. Sheehan plans on focusing on music studies specializing in vocal performance.
Her ultimate love is opera and she has been training with that goal in mind for the last two years, having studied voice at Manhattan School of Music and Interlochen Center for the Arts Summer Opera/Voice Program last year. She has made exceptional achievements in regional and state choral assessments.
One of her choral instructors said Sheehan has exceptional abilities both as a singer and an actor and has performed in all of the choral and theatrical events that have been produced recently at Putnam Valley High School. Sheehan said her dream is to perform on stages at different opera houses and festivals throughout the world. 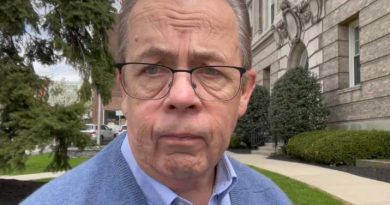 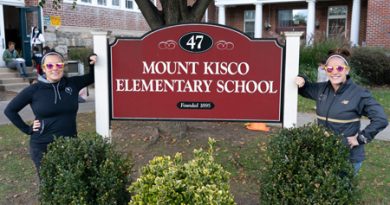 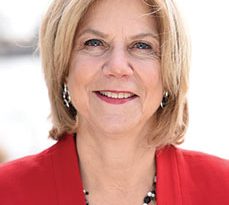