For most areas the headlining contest of Election Day was the battle over who would represent each district on the Westchester Board of Legislators. With the Democrats holding a supermajority of the seats going into the race, analysts and the media were focused on whether the Republicans could change the 12 seat to 5 seat ratio. The public seemed more concerned over each race, not the collective contest.

In northern Westchester it appears that the incumbents of Districts 1, 2, and 4 were able to hold onto their seats.

Republican Leg. John Testa, who represents District 1, easily held off challenger Mike Kane garnering 62 percent of the vote with 92 percent of the districts reporting in.  District 1 consists of portions of Peekskill, Cortlandt and Yorktown.

District 2’s legislator Peter Harckham, a Democrat, is leading in the polls by 54 percent over his GOP opponent Peter Michaelis with 80 percent of the voting districts being tallied. The towns of Somers, Bedford, Lewisboro, North Salem and Pound Ridge are represented by District 2.

The closest battle in northern Westchester was in District 4, where incumbent Michael Kaplowitz, a Democrat, ran against Yorktown Councilman Terrence Murphy, a Republican, in the towns of Somers, New Castle and Yorktown. With 82 percent of the voting districts reported, Kaplowitz is ahead in that race 52 percent to Murphy’s 48 percent of the vote. Murphy is not ready to concede just yet.

Three machines in Yorktown broke down before delivering their results. Murphy is willing to wait and see.

In District 9, the race over who would succeed Leg. Bill Burton as the representative for Briarcliff, Ossining, Croton and Peekskill, handily went to Democratic candidate Catherine Borgia. Borgia, who currently sits as the town supervisor for Ossining beat former Croton trustee Susan Konig, her GOP opponent, 54 percent to 46 percent.

Besides the Kaplowitz-Murphy race, determining the final make-up of the Board of Legislators will take some time as there are two other too-close to call races in Westchester.

In District 3, Leg. John Nonna , a Democrat, is in neck-and-neck race with Republican challenger Michael Smith. Nonna currently has a 60 vote lead over Smith with 87 percent of the voting districts in. District 3 consists of Mount Pleasant, Pleasantville and North Castle.

Another close contest is in Eastchester, Tuckahoe, New Rochelle, where District 10 incumbent Shelia Marcotte, a Republican is losing 48 percent to her Democratic challenger John Fitzpatrick with only 70 percent of the district accounted for. 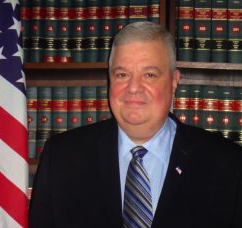 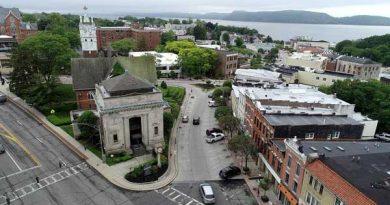 Ossining Reissues a Request for Proposal for 200 Main Street