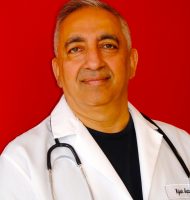 Spring is a beautiful time of year, with trees and flowers starting to bloom. But it can be a miserable time of year for people with allergies. You know all too well the sniffling and sneezing that comes with the season. Imagine being able to stop allergies in children before they even develop. Here are some things to consider trying:

Man’s Best Friend. Turns out, Fido may be your best friend in your baby’s fight against allergies. And it starts before your baby is even born. Researchers in Canada looked at babies in families with pets, especially dogs. They found those babies have higher levels of microbes in their guts that help lower the risk of developing allergies. The researchers think the exposure to the dirt and bacteria off the dog’s fur is the key.

Plants. The great outdoors that causes your allergy suffering every spring may be just the thing to prevent all that suffering, too. One study, done in Australia, found that children who grow up on farms were far less likely than their urban counterparts to deal with allergies as adults. Obviously, most of us can’t just pick up and move to a farm. But just living around green space can make a difference. The more forest and agriculture you grow up near, the better. Even growing native plants in your yard can have an impact.

Bad Habits That Aren’t So Bad. You might not want to stop your child from sucking his thumb or biting his nails. According to a study in the journal Pediatrics, adults who had these bad habits as kids are less likely to have problems with allergies, including those caused by dust mites and grass. Why? Every time a little one sticks his fingers in his mouth, he’s putting all sorts of microbes into his system. When that happens, while we are still little, the body learns to fight instead of creating an allergic response.

Pacifiers and How You, Uh, Clean Them. When your baby’s pacifier falls on the floor, do you wash it off or just stick it in your own mouth for a quick rinse? Believe it or not, sucking on it may be your better option! Swedish researchers found that when Mom or Dad pop the pacifier in their mouth to give it a quick clean, they end up passing Baby some of their own bacteria. Researchers think that these bacteria can stimulate a baby’s immune system. The study published in Pediatrics found the babies were less likely to develop eczema and asthma – both caused by allergic reactions.

Get Dirty. Many scientists agree that over-sanitizing removes helpful microbes from a child’s environment, raising their likelihood of suffering from immune disorders like allergies. Megan Scudellari wrote in the February 2017 issue of the Proceedings of the National Academy of Sciences Journal that rising rates of immune conditions could be linked to a reduced exposure to good bacteria during day-to-day activities for most kids. Scientists have determined that the immune systems of kids who have not been exposed to ordinary bacteria may overreact to common proteins like those found in grass or dust. Of course, children should wash their hands in situations where they could get sick, such as after handling raw chicken or being around someone with a cold. But don’t be afraid to let your kids play in the dirt! A little dirt now could mean avoiding hay fever later.