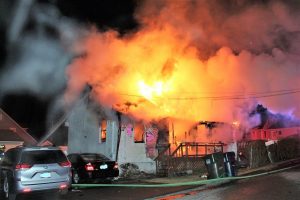 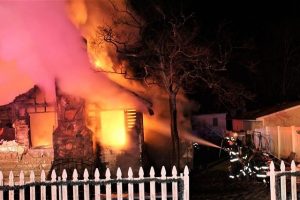 Just before 1a.m. Feb. 18, Mahopac Falls firefighters were dispatched to the area of Orchard Road and Oak Road West in the Secor section of Carmel for a structure fire.

According to Public Information Officer Jack Casey, while on route ,Chief Jeff Boyle was notified that 911 was receiving numerous calls regarding the fire. He arrived shortly thereafter, finding a single-story house well involved with all occupants outside.

Members of the Firefighter Assist and Team from Putnam Valley F.D., New York State Energy and Gas, and the Putnam County Fire Investigation Team also responded. Due to Secor being a hydrated area, firefighters were able to bring the blaze under control with the apparatus on scene.

The residents were transported to a nearby hospital for evaluation.