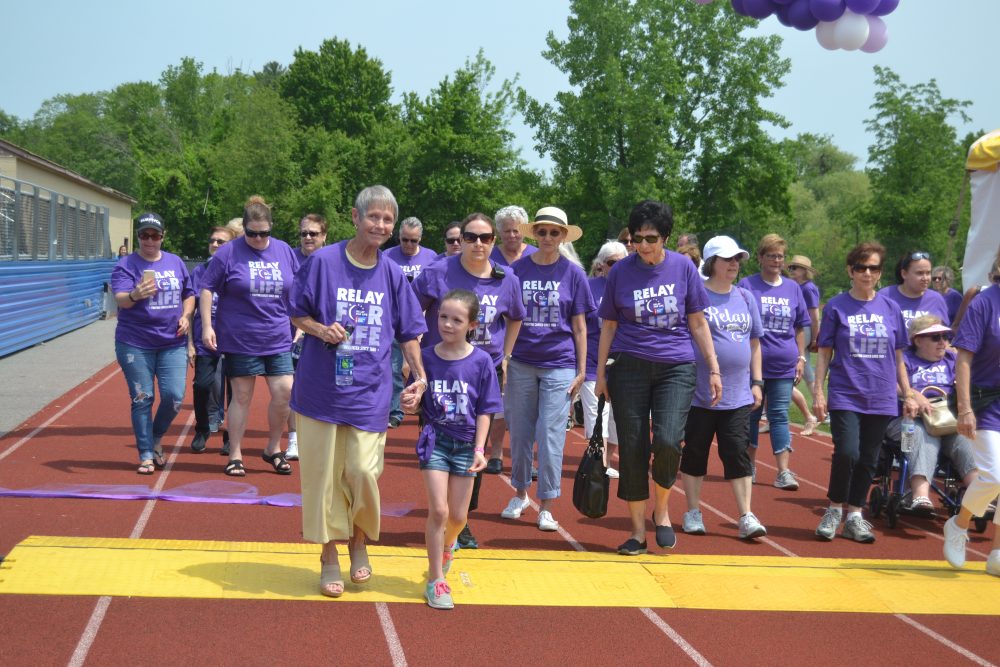 Cancer survival rates have grown by leaps and bounds because of breakthrough medical therapies, bolstering a growing community of support groups for those battling cancer and to nurture its survivors.

That ardent support was visible at the annual Relay For Life last Saturday at Mahopac High School. Marking their 21st year, the grass roots, community- based Relay group held its annual major fundraiser for the American Cancer Society attended by survivors, their families, friends, caregivers and medical professionals. Starting at 8 in the morning and lasting until 11:30 at night there was someone always on the track be it a person, group or an entire Relay For Life team.

“That someone is always walking or jogging on the track symbolizes that cancer doesn’t ever take a rest and neither will we as a community,” said Tracy Walsh, cancer survivor and a staff partner with the American Cancer Society. Walsh started the first Relay For Life in Mahopac in 1999. “Back then the only other Relay for Life group was in Rhinebeck. A spin-off of ‘Relays’ spread throughout Putnam County and by 2015 there were Relays in Mahopac, Paterson and Brewster. In the past 20 years Putnam County Relay for Life has raised $4.7 million.”

In a poignant address at the opening ceremony, cancer survivor Ellen Pryzmylski asked, “What is a survivor?” Answering her own question she named several difficult emotional states faced by cancer patients, survivors and their loved ones. Pointing to her husband in the audience she said, “He did not have cancer, but he is a survivor of my cancer.”

Cancer survivors young and old wearing purple t-shirts walked the track for their ‘victory lap’ in a moving display of strength and courage and were cheered by over a hundred people in the bleachers.

Walking the track was 22-year old Michael Dacey and his team Mighty Mike’s Trail Blazers. In 2014, then 16- year old Dacey, a Mahopac High School sophomore, found out he had testicular cancer which later spread to his lymph nodes. Dacey’s community service had always been raising funds for Relay, but when diagnosed he found himself on the receiving side of the support group. Shortly after treatment he started his Relay team with family and friends.

“For me, Relay For Life celebrates those of us who are cancer survivors, our caregivers and those we have lost,” said Dacey. “It raises awareness to those who know people with cancer. Over the years my team raised about $20,000 and in one year we raised almost $7,000.” 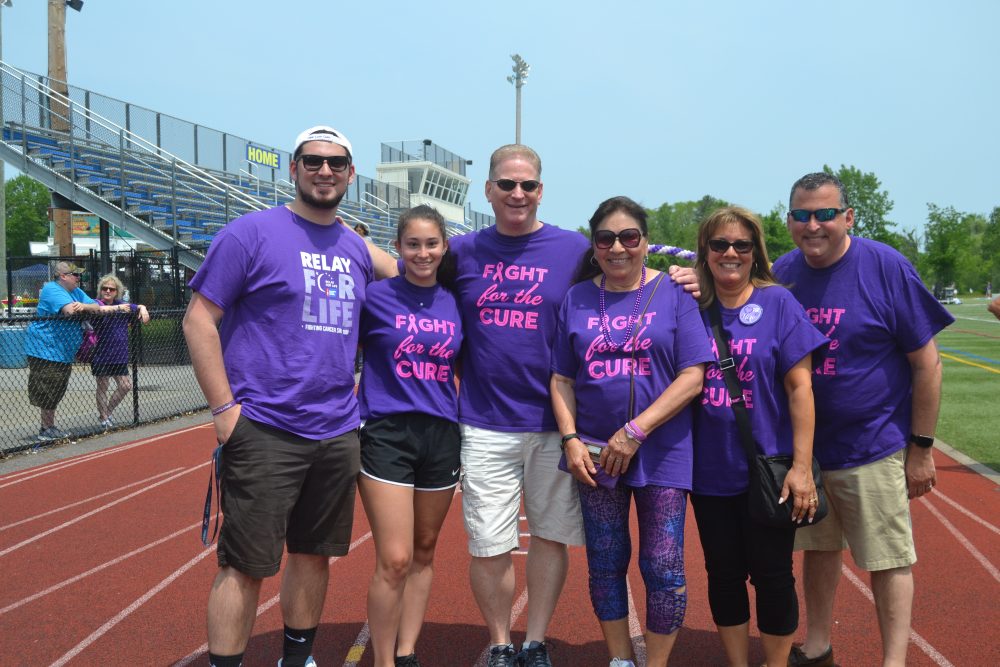 Dacey has been cancer free for six years and just graduated from the University of Hartford. He plans to pursue a career in mental health.

After completing their victory lap, survivors were served a full luncheon catered by Four Brothers. The rest of the day included dance performances, a special march of the Mahopac High School Color Guard, a show by a magician a silent auction and the selling of raffle Tickets for chance to dine out locally. The Vendor Fair had over 60 local businesses who supported the event. At dusk the traditional Luminaria Ceremony put lights in bags bearing the names of loved ones lost to cancer are placed around the track while accompanied by bag pipe music.

The Relay For Life movement was founded by Dr. Gordy Klatt in Washington in 1985 and today is the world’s largest fundraising event to save lives from cancer. Last year, 2 million participants in the U.S. raised more than $230 million at more than 3,500 events worldwide to help the American Cancer Society aid research and help those with cancer.

“We expect to raise about $150,000 from this event,” said Walsh. “And by the end of the fundraising period we hope to surpass the $200,000 mark. In the last 20 years we raised $4.7 million and that put us at the top ten Relay for Life in the country and the top five in Putnam County.”

Walsh said there has been a significant change over the years in how people deal with having cancer and the general perception about the illness.

“Before, [Relay For Life] nobody talked about cancer,” she went on to say. “But today, because of conscious raising events like Relay for Life, at least in Putnam County, nobody fights cancer alone and people feel supported.”