Skip to content
COLUMNS Home Guru
May 6, 2013February 26, 2014 Bill Primavera Home Guru
We are part of The Trust Project

It was so embarrassing, but not my fault. My new client had given me the address of a home he renovated and wanted to sell on a mountaintop in Putnam County. Before our meeting, I decided to do a drive-by and take a photograph of the exterior for my listing presentation.

When I arrived I discovered a driveway that seemed to ascend like the first slope on a roller coaster. As I reached the highest point, my back pressed against the seat of my car, I was staring straight up at the sky, wondering what was on the other side of the hump.

Once I could see land again, I found a downward slope that was equally as steep. At the bottom was a drop-off from a cliff with just a chain barrier between me and hara-kiri if I were to make a wrong move turning around. My heart was in my mouth the whole time.

When I returned to my office, I emailed my client: “Wow! That’s some driveway. I haven’t had an experience like that since I last rode the Cyclone at Coney Island!” He didn’t comment on my remark, but on the day when we were to meet at the house, I again sallied forth to the literal cliff-hanger, and he wasn’t there. When I called his cell, he said he was at the house, but realized that he had given me the wrong address. His house was two properties down. Arriving at the right property, I found that the terrain had quickly leveled off and featured an ordinary driveway with just a very slight slope.

Surely he must have thought I was a wimp for having made such a big fuss.

How could such a driveway as that found at the first house ever be allowed? It isn’t anymore. The house was built in the 1920s when there were no codes regarding driveway grading. Today, in our area, a slope of as much as 15 degrees is allowed, but most people try to keep it at 10 degrees or less for safety in winter.

Years ago when I bought a second home in Putnam Valley on top of a mountain, it came with a 500-foot driveway that went straight up, in some parts much more than the recommended 15 percent grade. Having never had so remote a property, I didn’t give it a second thought because I had already fallen in love with the house. But I gave it a lot of thought every time it snowed or a torrential downpour washed out its Item 4 gravel surface. Maintaining the driveway was a major expense.

Unless any of us lives on a city street, we all have driveways to consider and to maintain. Since it covers such a significant percentage of a property’s surface, it can be an onerous task. Snow removal is high on the list of chores, but selecting and maintaining the surface is equally important.

Among the surfaces most frequently chosen is asphalt or blacktop, the most economical and easiest to care for. But it does require sealing every three to five years, a considerable chore that I wouldn’t suggest trying on your own. However, blacktop has never been my choice because it is non-pervious and can create significant runoff problems.

Surfaces which allow better drainage are brick and pavers, but the price for installation is higher. At one point, I considered cobblestone, but at about $5 for each stone, I found it prohibitively expensive.

There are green surfaces like gravel, which is beautiful but difficult to maintain in snow when the plow barrels through. Other pervious surfaces include shells and another product I just learned about: pervious concrete which has little to no sand in the mix, allowing water to run through its surface.

I’d like to see a movement where grass is used for driveways. Yes, I said grass. It can be accommodated by “geo-grid” blocks that provide the necessary support structure for cars while protecting the soil’s root zone and allowing the grass to grow. In my next life, that is probably the system I’d choose.

While most driveways are designed straight in from the road directly to the garage, with hopefully a turn-around area, the design I like best is a circular drive where space allows. I had always thought that most towns frowned on them because it requires two curb cuts, but found that is not the case.

One thing is for certain: No matter how lovely a home is, a driveway that isn’t well maintained or is crumbling can detract greatly from the curb appeal–and value–of the property.

Whether receiving guests or prospective buyers, it is a home’s way of laying out the red carpet.

Bill Primavera is a residential and commercial Realtor® associated with Coldwell Banker, as well as a publicist and journalist writing regularly as The Home Guru. For questions about home maintenance or to buy or sell a home, he can be emailed at Bill@PrimaveraRealEstate.com or called directly at 914-522-2076.

The Best Steps to Take When Dealing With a Noisy Neighbor 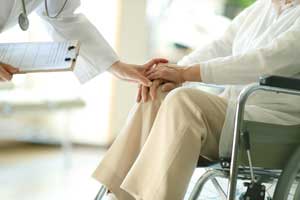