Skip to content
Direct Rays
September 1, 2020 Examiner Webmaster
We are part of The Trust Project

Every time King Cuomo discusses sports and/or athletics, I feel like we’re taking advice from a guy who thinks he can inbound a basketball to himself, a guy that lacks some of the basic instincts regarding competitive sports.

For instance, just last week, Gov. Cuomo announced that varsity soccer was a low-risk sport that he would be willing to grant clearance to this fall, while in the same breath prohibiting volleyball and cheerleading, which he considered high risk.

I get it, volleyball and cheer are indoor sports. He’s in a tough spot calling these shots amidst the COVID-19 pandemic, but he’s obviously never seen a Somers-Yorktown boys’ varsity soccer game, where 21 of the 22 players on the field are converging on a head ball in front of the cage, with skulls crashing.

Has Cuomo ever seen a White Plains soccer game? There’s nothing low-risk about the way Coach Gigli’s Tigers get after it. Girls’ soccer is also far from low-risk when you consider the ladies are just as competitive as the boys. Have you seen Mahopac’s All-NYS senior Mia Klammer crash the cage? She’s insane (in a good way)!

So, trust me, there’s nothing low-risk about soccer, which is part of Cuomo’s problem: He knows not of what he speaks, and he put that to the test when he said high school football teams can practice this fall but can’t play games. What’s the difference when it comes to COVID-19? Are players at less risk in practice than in games because of the mandated non-contact nature of these practices? I suppose. But we’re still assembling en masse.

“I think it’s a flawed plan,” Mahopac High football Coach Dominic DeMatteo said of Cuomo’s peculiar plan to allow football teams to practice starting Sept. 21 but not play games. “I don’t know how you motivate players to practice if they can’t play actual games. I cannot tell you how disappointed I am with the leadership with regards to this situation and how frustrated I am for our children. I can’t put it into words.”

I’m 100 percent on board with soccer being played this fall, just as I am with cross country, field hockey, volleyball and cheer, so the fact that Cuomo considers soccer low-risk is fine by me. But I know better, and so should he. That’s a significant part of the problem.

Now, football, on the other hand, has to be considered a high-risk sport in any year, so I get that New York State Public High School Athletic Association (NYSPHSAA) schools are not permitted to start playing games in their respective football seasons in mid-September because you can’t just throw an ill-prepared football team on a gridiron. Football is a different animal and must be treated as such, though I believe it can be done safely like it is throughout much of the country.

I get that regulations will limit football practices to non-contact drills among groups of 10 or less at any given practice, but we’re still assembling young men in fairly large settings no matter how you slice it.

After a lengthy Friday meeting with its 11 sectional directors, the NYSPHSAA and Executive Director Robert Zayas announced they will advise member schools with proper guidance regarding the return of sports this fall.

Cuomo announced that low-risk scholastic sports would be permitted to start Sept. 21, and followed by saying it’s up to each individual school district to decide whether or not they want to compete, essentially waiting several months before passing the buck like the savvy politician he is.

The ambiguity surrounding Cuomo’s proclamation was vexing for coaches, players and administrators to comprehend, and the NYSPHSAA didn’t receive the actual guidance they were hoping for, so they were set to work through the weekend to create a viable plan to send to schools early this week.

“We are hoping to play sports come hell or high water,” Mahopac Board of Education President Mike Mongon said last Friday, the same night the district announced it would return to fully remote learning until at least early October, possibly longer.

I’d like to believe Mongon and the other glass-half-full optimists, but I can’t help but feel as though the rug will eventually be pulled out from under the feet of our student-athletes in the very near future, even though youth travel sports went full bore this summer without significantly spiking coronavirus cases.

When a council of New York State school superintendents sends a letter to Cuomo urging him to follow Nassau County, which canceled all sports until 2021, it’s not a good sign for our student-athletes. Cuomo said last Wednesday that school districts should make their own determination, which is another bad sign given the recent budgetary issues due to increases in safety precautions, the fact that desks have to be 7.5 feet apart in every class and buses have extremely limited capacity. How can we have one plan to separate students for the classroom and another on the field of play? That’s why I expect all Section 1 sports to be pushed back to 2021 sometime this week. Let’s hope I’m wrong.

Byram Hills soccer Coach Matty Allen recently tweeted “The parameters placed on NY districts to open their classrooms have hurt the chances of schools having sports. When desks have to be 7.5 feet apart and you can’t share equipment in gym class, how can superintendents allow sports? It’s about the classrooms not the fields.”

Thus, the conundrum. The NYSPHSAA is aware of the science and data around youth sports played throughout the summer, including AAU basketball and travel baseball. If we do move forward with low-risk sports this fall, the guidance the NYSPHSAA provide schools will not include how many games a particular program can play and who it schedules, though several athletic directors have suggested they would prefer to see local clusters of schools in their respective regions competing geographically instead of classifications, which adds additional travel. That will be up to each section.

Massive safety protocols will be mandated and must be followed. Players, coaches and limited fans will be under the microscope, unlike much of the summer sports events I witnessed, which, in some cases, were lackadaisical, to say the least, when it came to social distancing and masks.

Coaches in low-risk sports will be granted information about each individual sport this week – what practices will allow, what it will look like to play games and what the expectations are for distancing, masks and things of that nature. It’s going to be a nightmare, make no mistake. But it’s better than sitting around all fall waiting for a second spike in our region even though the rate of infection has dropped below 1 percent for several weeks now.

We can’t live in a bubble, folks. Be wise, be cautious, keep your distance when possible, keep the elderly and those with pre-existing situations at bay, follow the new rules, but, for the mental and physical well-being of our youth, let’s play some dang ball until we discover that going about “business as normal” is not practical at this point in time.

GHVBL Championships Tugged on All Emotions 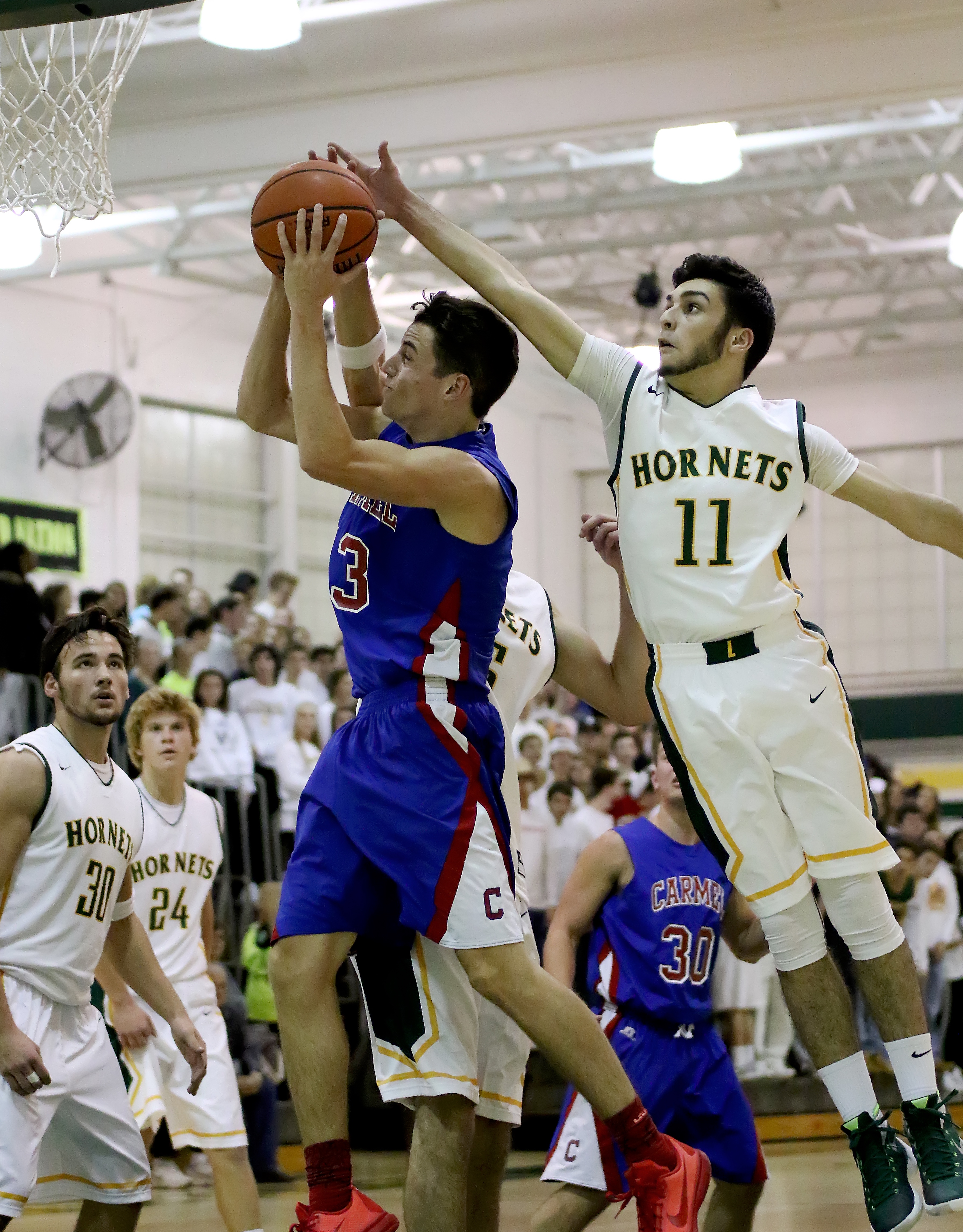 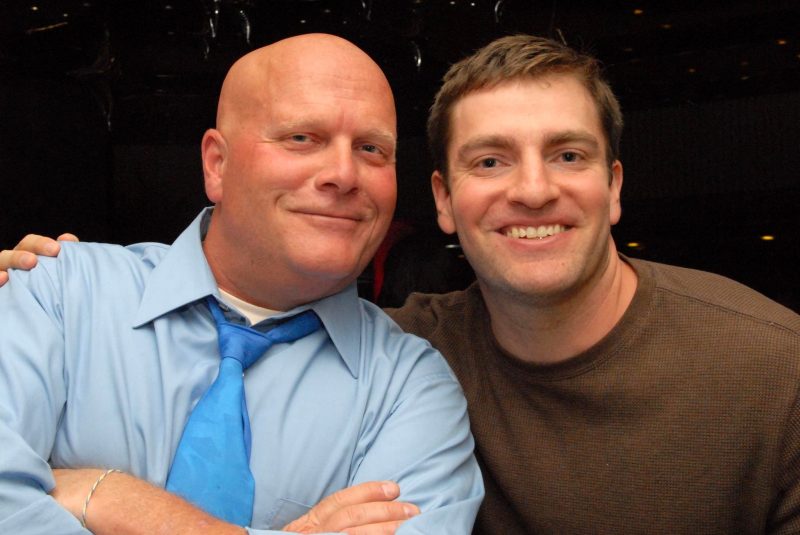