SPORTS
May 30, 2022May 31, 2022 Examiner Media Harrison, Montrose, softball, Yorktown
We are part of The Trust Project

Hen Hud had established itself as the giant-slayers through the first three rounds of the Section 1 Class A Softball Championship. The eighth-seeded Sailors, behind pitcher Alana Espinoza, shut out top-seeded host Yorktown (1-0) in the quarterfinal round and sent fourth-seeded host Harrison home in the semis.

Tappan Zee scored in the ninth on a two-out infield hit in the shortstop hole by Gianna Cilenti, plating Savannah Nordstrom. Nordstrom doubled with one out and moved to third on a fly ball.

“This was a great, hard-fought game by both teams,” said Hen Hud senior and centerfielder Taeghan Dapson. “It just didn’t work out in our favor.”

Hen Hud put itself in position to win with a run in the top of the seventh inning on a Lisa Pasquale one-out double, followed by a run-scoring double by Emma Johannsen. This gave Hen Hud a 2-0 lead. Unfortunately for Hen Hud, Johannsen was thrown out at third, trying for a triple, for the second out. Sydney Muranaka followed with a line-drive triple to left field, but she was stranded there as Tappan Zee pitcher Keira Meyers got the third out.

The three runs Tappan Zee scored were more than Espinoza allowed in three prior sectional games – two shutouts and two runs to Harrison.

Despite the loss, Espinzoa was economical, throwing just 105 pitches as she consistently registered a first-pitch strike allowing her to work ahead.

Espinoza retired the first 11 hitters she faced before Tappan Zee had its first hit – an infield single – in the fourth inning. Espinoza finished with one strikeout and one walk and she also had three assists. She fielded two bunts cleanly along the first-base line and threw out the fast Tappan Zee hitters in addition to turning a key double play in the seventh.

“They’re a great group,” said Hen Hud Coach Will Mauro of his team. “It really stings to lose here in the ninth inning. We probably played six and two-thirds innings of perfect ball and it was one inning. There’s always next year.”

Both pitchers, Espinoza and Meyers, asserted themselves early as the game was scoreless through three without a hit.

Hen Hud broke through in the top of the fourth as Paige Johannsen doubled to deep center. Johannsen fell behind 0-2, then 1-2. She fouled off three pitches before drilling the double. Ja’Nae Walker executed a perfect sacrifice bunt resulting in a throwing error allowing Johannsen to score for a 1-0 lead. Walker went to second on the error. Meyers was not rattled, though, as she rang up two strikeouts and a flyball to strand Walker.

Tappan Zee was putting the bat on the ball, but Hen Hud’s defense was air-tight, especially by Dapson, a recent Con Ed Award winner that recognizes excellence on the field and in the classroom. The fleet-footed center fielder had seven putouts, many of which appeared to be hits off the bat.

Even though the final result was not what Hen Hud wanted, the Sailors will be remembered for what they accomplished in the 2022 sectionals and for the lasting impact of the seniors – Espinoza, Muranaka, Pasquale and Dapson.

“We just picked up the momentum at the right time,” said Dapson, who will attend the University of Alabama. “Everything just worked out great when we decided to put the ball in play and play our game. And it just so happened at the end of the season. I couldn’t be more proud of these girls for the past five years. It’s been great. It’s a great program and I’ve met some great people. I will be friends with these girls for the rest of my life, especially her fellow seniors. I’ve been playing with Sydney, Lisa and Alana close to 10 years, since we all started together in the Town of Cortlandt and it’s built a bond between us,” Dapson said.

Dapson knows the future of her younger teammates is very promising

“This is just the trailer of what’s to come for Hen Hud softball and I’m looking forward to seeing these ladies play next year,” Dapson said. 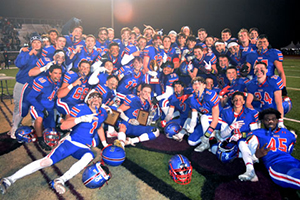