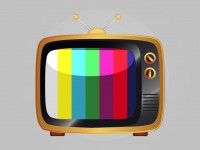 It’s been talked about and debated for decades, but starting this year, residents throughout most of the Town of Harrison will reap the benefits of competing cable companies offering high-speed Internet, telephone and television service.

After a public hearing on June 19, the Harrison Town Council unanimously approved an agreement with Verizon FIOS to offer its fiber-optic cable in neighborhoods once monopolized by Cablevision Systems Corp. Pending approval by the state Public Service Commission, Harrison residents could begin switching from Cablevision to Verizon as early as the fall.

More than 100 residents attended Thursday’s public hearing, with most of the speakers voicing their support for cable choices within the town. Pamela Goldstein, assistant general counsel for Verizon, said, “We’re delighted to appear before you and to be taking this historic first step toward allowing Verizon to provide video choice and competition to Harrison consumers for the first time in over 40 years.”

Cablevision, currently the sole provider of cable services throughout Harrison, argued that residents would experience some downsides with the arrival of Verizon to the town. Adam Falk, Cablevision’s vice president for government affairs, told the town board that Verizon is not obligated to offer service to every resident of Harrison where the infrastructure does not already exist. And, according to Falk, Verizon will not offer as many channels as Cablevision does on its free service to public buildings at 39 sites in the town of Harrison, which includes schools, police headquarters, fire stations, libraries and municipal buildings.

“It’s very clear the benefit being provided by Verizon is significantly less than the benefit offered by Cablevision,” Falk told town council members. “We have the right to have competition provided fairly and equally.”

As a result of Verizon’s deal, Cablevision has asked the Town of Harrison to modify its long-term service agreement so that it more closely matches Verizon’s six-year agreement.

But in a statement, Cablevision spokeswoman Janet Meahan countered that “Verizon has shortchanged Harrison residents by denying them all the benefits afforded to Town/Village residents from Cablevision as part of its franchise. Cablevision will continue to compete vigorously and also take the necessary steps to ensure that competition remains on a level playing field.”

During Thursday’s public hearing, resident Bob Funck said Verizon installed the infrastructure to provide cable service to his Harrison housing complex about eight years ago but inexplicably never got approval to switch service on. In every surrounding community, the full range of services was available, Funck said.

Dr. Beth Lieberman of West Harrison said she’s complained about Cablevision’s service, and the lack of competition, for many years. “Our Cablevision bill is over $200-a-month just for TV,” Lieberman said. “I’m really incensed (Verizon) FIOS has not been able to give me a choice.”

Daryn Beringer of Purchase said it’s important that she has affordable, high-quality cable service including high-speed Internet to operate her global business. “Our taxes continue to rise, as do our fixed expenses,” Beringer said. “I’m certainly hoping tonight we can resolve this and get fair trade service.”

“Competition for part of the town is better than no competition at all,” Funck said.

Mayor Ron Belmont and the Town Council invited Verizon to propose a franchise agreement after repeated requests from residents to have cable service alternatives in Harrison.

Belmont thanked Thursday’s audience for “your persistence in helping us get this done.”