Skip to content
The Putnam Examiner
March 31, 2017 David Propper
We are part of The Trust Project

To Morgan Hotaling, whose teachers and family laud her devotion to academics and the study of physical therapy, the key is to find what you’re passionate about.

“Once you find that, it’s not really work; it’s just doing what you want to do,” the Haldane High School senior said Tuesday night, after she was named a Student of Distinction in a brief ceremony. She received the honor for excelling in the Sports Medicine program at the Tech Center of Putnam | Northern Westchester BOCES.

“She’s a hardworking young lady; she really goes the extra mile,” Tech Center Principal Stephen Lowery told the Haldane Board of Education at its meeting in the district’s elementary-middle school.

Morgan, who plays on the Haldane High School softball team, said her interest in physical therapy grew out of her love of athletic activities. Interning at Empire Performance PT in Carmel and Brightman Chiropractic and Sports Medicine in Mahopac, she said the joy in physical therapy work comes from seeing people who start out frustrated by their temporary limitations become happy when they understand that they will recover.

“When they leave, they’re talkative and they have a smile on their face,” she said.

Morgan entered the Sports Medicine program setting the bar high for herself and has exceeded all expectations of her teachers, according to one of her instructors, Will Brightman. He said before the ceremony that she is one of his top students both academically and professionally.

“Morgan consistently demonstrates a level of study and accomplishment in all facets of the curriculum,” Mr. Brightman said. “She quickly picks up on material and is able to make connections ahead of all her peers. In health care, this talent puts her in a unique role, especially as it relates to assessments and diagnostics.”

In addition to her academic achievement and work ethic, Morgan’s positive attitude makes her a role model for other students, Mr. Brightman said. “She has earned the respect of her peers, and I personally believe she has the insight and intellectual capability to become a physician or a therapist one day,” he said. “Her willingness to participate on the highest level on a daily basis serves as a motivation to her classmates.”

Next year, Morgan will study physical therapy at Rockland Community College, and she eventually intends to earn a doctorate in the discipline.

“I see a bright future for her – a very bright future,” her mother, Allison Hotaling, said after the ceremony. “She’s very goal-oriented.”

In addition to her mother, Morgan attended the ceremony with her father Arthur Hotaling Jr. and her younger sister, Emma, who is in sixth grade at Haldane Elementary School.

Haldane Superintendent Diana Bowers joined in presenting Morgan with the medal and certificate that come with the honor.

“Thank you for highlighting her terrific work,” Bowers said to the BOCES officials present. 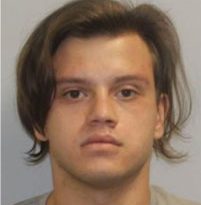 Philipstown Man Gets 20 Years in Prison for Killing His Father