A group of Mount Pleasant residents are criticizing the recent move by the board of education to extend the contract of Superintendent of Schools Dr. Susan Guiney by an additional two years.

A group of residents have been distributing petitions protesting the contract extension. More than 235 signatures had been gathered as of June 8. “We, the undersigned community members of the Mount Pleasant Central School District, respectfully request that the board of education deny a request to extend the current contract of Dr. Susan Guiney, superintendent of schools, at this time,” the petition stated.

In an interview following last week’s meeting, Mary Kate McCabe, one of the residents active in the petition drive, said she and others were not saying Guiney’s contract should never be extended, just “not at this time.”

During the meeting, the petitions were presented to the school board by McCabe. “We have more coming in,’ she said.

School Board President Francine Aloi said she and her colleagues originally planned to announce the contract extension for Guiney at their meeting on June 15. Aloi said the district is planning on implementing a five-year Strategic Plan and the trustees wanted the superintendent to stay in her post to implement it. Guiney will provide the school board with the plan in the near future and the trustees are scheduled to adopt it in October, Aloi said.

McCabe said she and other residents objected to the way Guiney’s contract was extended. It should not have been done following a closed session when no one was left from the public, she said. The perception among many residents about how the school district is run “is not a good one,” McCabe said.

The board of education has been working very closely with Guiney over her career as superintendent, Aloi said. The trustees have been in talks with Guiney about a potential contract extension since January, Aloi added.

Resident Maria Jost said the school board should have voted on the extension at the June 8 meeting when the public was in attendance.

Trustee James Grieco, who said he has two children attending district schools, defended the school board, saying it had the interests of students at heart. “We all work very hard,” Grieco said, adding “Could we do things better? Absolutely.”

Aloi asked for greater resident participation, especially during monthly board work sessions. “Maybe three times a year” several residents will come to a work session, she said. The trustees either have children in the district or have had children in the schools, Aloi said. “Why do you think we would make decisions to hurt our kids?” Aloi asked rhetorically. Aloi said later that some residents were under the incorrect impression that Guiney’s contract had been extended by five years, when in fact the pact was extended by only two years.

McCabe said there was distrust among the public on how the district operates. “Like it or not, this is what’s out there,” she said.

Despite the school board’s advocacy of the contract extension, Jost was unmoved. “Don’t grant an extension at this time,” she said. “Maybe this isn’t the right time.”

Following last week’s meeting, Aloi said the financial details of the contract extension had not been finalized, but could be announced at the board of education’s June 15 meeting. 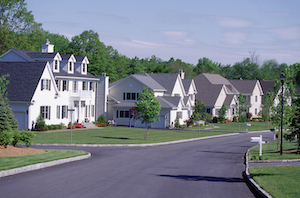