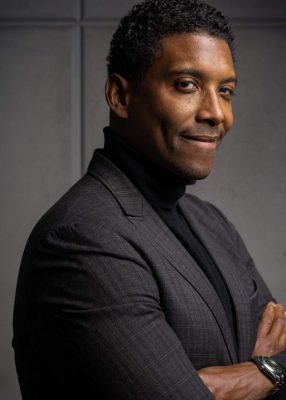 Jay Norris is the chief executive officer of GuesstHouse, which recently opened in The Westchester in White Plains.

Pop up stores are common in shopping malls. GuesstHouse Powered by Guesst is providing an alternative to businesses through its new concept called “pop-sharing.”

Jay Norris, the chief executive officer of GuesstHouse, recently opened one of his facilities in The Westchester shopping mall in White Plains. The company began two years ago, he noted.

As stated on its Web site, GuesstHouse works with retailers and commercial landlords to use existing space to create new revenue. “Using Guesst is an agile, lower-cost alternative to pop-up stores, giving access to in-store retail opportunities in order to enter brick and mortar or to expand existing retail presence,” that are faster, easier and less expensive than having a company doing it on their own, GuesstHouse stated on its Web site. The company has a slogan that it provides “Brick & mortar retail with all the perks, and none of the work.”

Norris, who resides in Connecticut, said last week it is common for shopping centers and malls to have vacant commercial spaces and his company is providing a way to fill the openings. His clients pay GuesstHouse licensing fees for an initial three-month period and if the business owners want to continue the arrangement they can do so on a month-to-month basis, Norris said.  In return for their licensing fees GuesstHouse provides its expertise and staffing, he said.

GuesstHouse has a number of “strategic advisors” from such companies as Bed Bath & Beyond and WeWork.

Many of his clients, who are brands and retailers, have an online presence but not a physical location in a shopping center or mall, which now is being offered by his company, Norris said. He noted that Amazon now operates physical stores. Norris described his company’s concept as providing a “co-retailing space” for his clients.

“E-commerce brands pay to be in the space and we sell their goods for them,” Norris said. “Brands that don’t have a physical presence come to us.”

In The Westchester Norris said he has about 20 spaces available at one time which combines for 3,200 square feet.

For more information about GuesstHouse Powered by Guesst visit https://guesst.co/. The company also has a Facebook page.