Skip to content
The White Plains Examiner
June 26, 2014 Adam Stone Greenburgh
We are part of The Trust Project

The Greenburgh Town Board was expected to name one of its park ball fields after the town historian on June 23 in recognition of his public contributions including many years of coaching.

Jazzo “has worked hard to make Greenburgh a better place to live,” Greenburgh Supervisor Paul Feiner said. “He has done a lot for our community and is most deserving of this recognition.”

A dedication ceremony recognizing his “remarkable lifelong accomplishments” and naming the lower ball field at East Rumbrook Park “Frank Jazzo Park” is being planned by the Greenburgh Department of Parks and Recreation.

Town policy allows naming a park, field or recreation facility after a person or organization, but only to recognize “extraordinary contribution or service” to the community. “A living person may be honored in extraordinary cases.”

In April, Greenburgh resident John Malone proposed naming East Rumbrook Park after Frank Jazzo, who has been town historian since 2001. Malone said Jazzo should be recognized for “his many years of productive volunteer contributions in the community.”

Jazzo has been a Greenburgh Parks and Recreation Advisory Board member since 1976. Dating back to the 1960s, Jazzo coached youth sports including basketball, baseball and softball. In the mid-1960s, Jazzo became part of a four-person recreation committee for the Hillside-Wyndover Civic Association. He also served for a number of years as troop chairman for Greenburgh Boy Scout Troop 65.

In the 1970s, Jazzo organized a team and coached in the Babe Ruth summer League. He later created the Greenburgh-Ardsley American Legion Baseball team that competed against other Westchester County American Legion Post teams. He helped coach these teams for more than 20 years.

According to a town proclamation honoring him on Monday, Jazzo was instrumental working with other community members and elected officials in acquiring and developing what is now known as Travis Hill Park.

And Jazzo, along with Fred Arone, is credited with convincing town officials to renovate and redesign the lower ball field at East Rumbrook Park in 1989. That work included constructing the press box, concession and storage area that overlooks the field.

In 1999, Jazzo petitioned the Town to become a Hudson River Valley Greenway community and has served as co-chairman of the Greenburgh Greenway Committee with Robert J. Stockpole of White Plains.

In other related area news, on June 17, residents of the Edgemont School District voted, 368 to 95, to approve $12.8 million in capital projects. The capital bond referendum includes renovations of the track at Edgemont High School, new artificial turf for the athletic field, lights for evening sports events, bathrooms and parking for the disabled.

In a separate vote, 393 to 37, Edgemont residents approved transferring of $360,000 from the school district’s fund balance to buy and install a new fire alarm system. 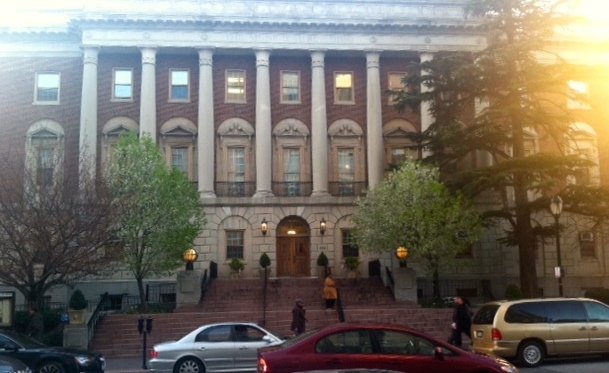