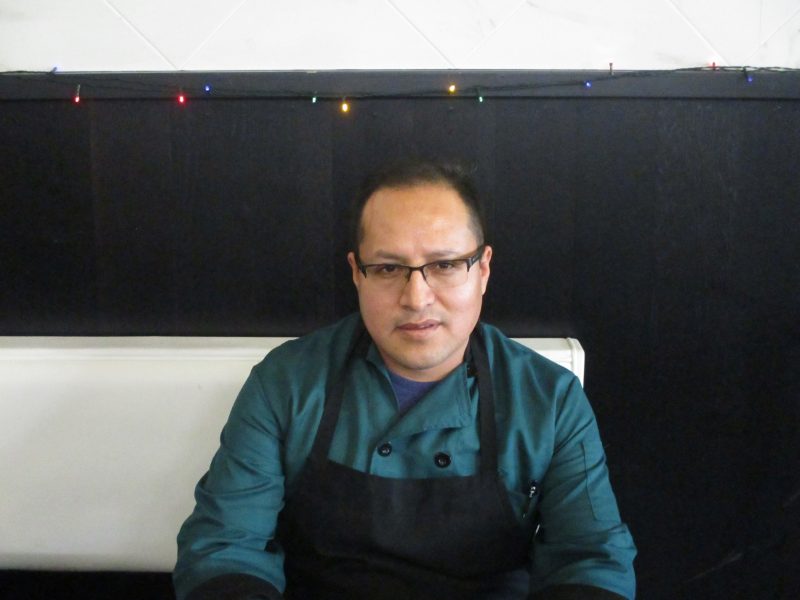 Yonkers resident Gilberto Gutierrez and his partner have owned Gaucho Burger Company in White Plains for the past 15 months. Neal Rentz Photo

The name came about because gaucho means cowboy in Argentina and most of the meat for the restaurant is imported from Argentina, Gutierrez said. “When it comes to steak and beef, Argentina is the best place in the world,” he said.

Gutierrez and his partner, whom he declined to identify, opened the restaurant 15 months ago on Mamaroneck Avenue.

The restaurant offers a variety of burgers, including beef, pork, chicken, vegetable, lamb and crab cake. Most of the burgers are marinated for 72 hours in chimichurri sauce, which consists of cilantro, parsley, olive oil, garlic, red and yellow peppers, onions, and “a secret ingredient,” Gutierrez said. “It’s not like any other burger.”

The chimichurri sauce also marinates the restaurant’s French fries and is featured in other dishes. “It gives it that unique flavor,” Gutierrez said. “Chimichurri sauce is the base of everything,”

Gaucho also offers a variety of side dishes, sandwiches, and entrée salads. The customers’ favorite sandwich is the Chicken Chimichurri and another best seller is the skirt beef offering, Gutierrez, who does most of the cooking, said. The eatery also serves dinner a la carte, including a variety of meats, such as grilled Argentinian skirt steak. Wine and beer will be served in the near future, Gutierrez said.

Gaucho also has dessert offerings including Argentinian pancakes, which Gutierrez said are warm thin pancakes rolled with Dulce de Leche and topped with vanilla ice cream and other toppings of the customer’s choice. “It’s unique,” he said.

“Everything is homemade,” Gutierrez said. “Everything has to be fresh.”  The care for the food has paid off, he said. “We’re doing well in White Plains,” he said. He and his partner began selling their food in the city’s farmer’s market two years ago, Gutierrez said.

Gutierrez said his goal is to expand his restaurant to more locations to become a chain.

Gaucho Burger Company is located at 66-68 Mamaroneck Ave. in White Plains. For more information call 914-750-4888 or visit https://www.gauchoburgerco.com. The restaurant is also on Facebook, Twitter and Instagram.