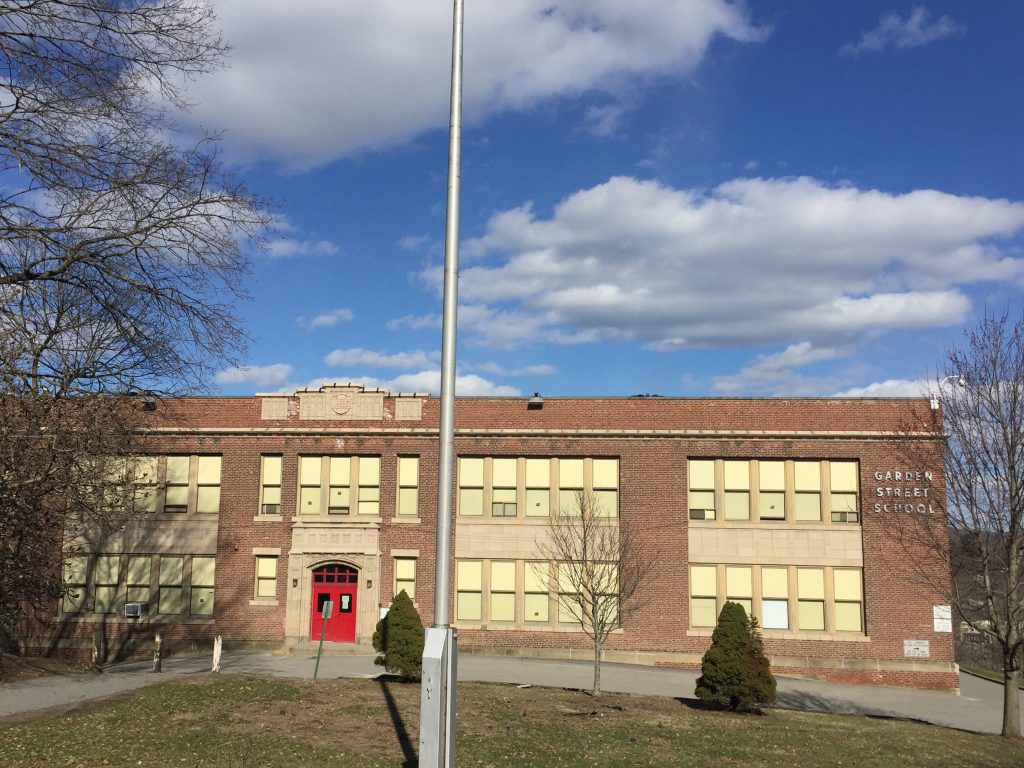 The Brewster Board of Education approved a contract last month to sell the Garden Street School for potential residential use.

During the March 27 meeting, the board unanimously approved two resolutions to move forward with plans that would redevelop the vacant parcel that has been closed since 2012.

Kevin Callahan of Covington Commercial Realty is currently working with developer Daniel Martin to revamp the property to provide affordable housing. He said the deed restrictions limiting the building to education-only purposes were removed to sell the property.

“Going through the building with Daniel, he fully understands what it will take to redevelop Garden Street School into a market rate residential project,” Callahan said. “Walking through Garden Street you can get a really good feeling someone really knows what needs to be done.”

Some parents questioned the project, adding that they wanted to see the building redeveloped for educational purposes. One parent suggested World Heritage Cultural Center (WHCC) was an interested buyer, but Callahan said they didn’t have the funds to purchase the 60,000 square-foot parcel.

He added that he met with several non-profits, but no proposals were submitted.

“They (World Heritage Cultural Center) had a very interesting plan for it. It sounded very exciting to me as a mom, as a resident, to see something educational and very nice for the community,” one parent said. “I don’t know if we necessarily want more condos.”

Sattie Persaud, founder of the WHCC, said the non-profit was interested in turning the Garden Street building into a possible headquarters and there were several meetings with village officials. Ultimately, the WHCC could not meet the costs of the property to purchase it and renovate the inside of it.

“We did meet with Kevin Callahan of Covington Commercial Realty about the property, presented our proposal as to what we wanted to do with the Garden Street School and how we wanted to meet the community’s needs,” Persaud said in an email. “We were hoping to present our vision to the Board Of Education. Unfortunately, were not allowed to do so, unless we had signed a contract that stated that we were going to move forward on the property.”

Callahan said the development will comply with Brewster’s vision to attract a younger generation into the area.

With the board approving the contract of sale, Martin has a 90-day due diligence period to evaluate the building and determine if it’s a viable project. If he moves forward, he will then go before the Brewster planning board for further approval.

“We’re on the road,” board president Stephen Jambor said. “We’ve never been closer.”