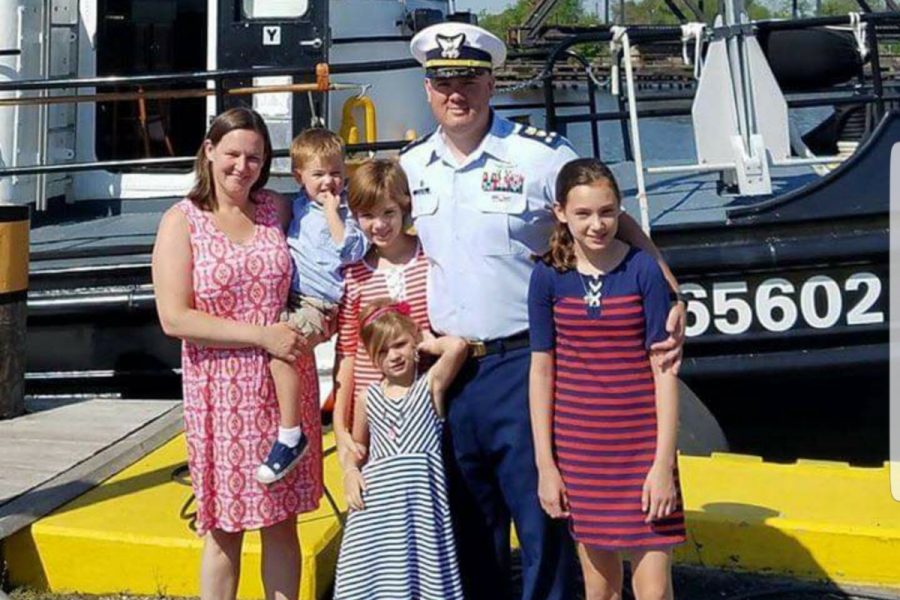 In light of the untimely death of Mahopac native and Chief Warrant Officer Michael Kozloski, a fundraiser has been set up to help his family through a most difficult time.

A gofundme campaign has raised more than $38,000 so far to go toward Kozloski’s family, including his wife Brie, and four young children. Kozloski, of the Coast Guard, died in a crane accident on Jan. 31 after suffering fatal injuries on his base in Homer, Alaska. Kozloski, who was with the Coast Guard for 17 years, was a 2001 Mahopac High School graduate.

Homer, AK resident Mary Jo Campbell Cambridge set up the fundraising page for the Kozloski family with a goal of raising $50,000 to help offset funeral costs and other expenses the family will face going forward. She met and got to know Kozloski from the two coaching softball together. One of Kozloski’s daughters was on the team

“When I discovered that Mike had died last week I felt like someone had punched me in the stomach,” she wrote on the fundraising page. “It physically hurt me.”

“Homer is a small community and the Kozloski family fit right in,” she wrote. “When Mike died, the community was stunned by such a horrible accident,” she wrote. “A boating and fishing community, Homer embraces and cares for their USCG crews.”

The tragedy has brought out amazing love, support and generosity, Campbell Cambridge said.

“My goal was to give Brie the gift of time. Time to think. Time to assess her children’s needs and time to grieve without money worries. They are surrounded by love. Their families and friends are holding them close,” Campbell Cambridge wrote. “They are doing as best as they can under the circumstances. Their lives are forever altered by Michael’s loss. All we can do is pray for them and be there for them.”

Congressman Sean Patrick Maloney, who represents all of Putnam County, honored Kozloski from the House of Representatives chamber floor last week, stating he dedicated his entire adult life to protecting the country as a member of the Coast Guard.

Maloney spoke with his wife, Brie, who told him that the Homer community has rallied behind her during this tragedy. Many family members have flown into Alaska to also help her, Maloney added.

“We all owe Mike and his entire family an enormous amount of debt and gratitude for his service and for making the ultimate sacrifice in defense of our country,” Maloney said.

An investigation is still underway to determine how the crane accident occurred, Maloney said, which he pledged to monitor closely. A copy of the Congressional Record, including the speech, will be sent to the Kozloski family.

“Our hearts go out to Michael’s family, his friends in Mahopac and the entire Coast Guard community,” Maloney said. “We remember Michael for his sacrifice and we pledge he will never be forgotten.”

To donate to the Kozlowski family, please go to: https://www.gofundme.com/ michael-kozloski-memorial-fund