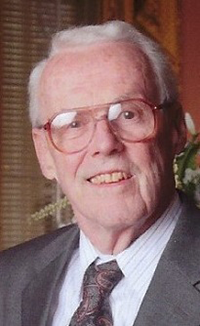 Frank was born in Rochester, Minn. to the prominent Dr. Hermon Carey Bumpus Jr. (Mayo Clinic) and Helen Norton McBurnie of the Laird Norton Company (Seattle). Frank was a loving and supportive brother and was predeceased by his sister, Nancy Helen Bumpus-Buck, and brother William Norton Bumpus.

A resident of Cold Spring, Dr. Bumpus was the principal donor to a National Endowment for the Humanities Challenge grant that underpins the endowment of the Hudson River Valley Institute and established the Dr. Frank T. Bumpus Chair in Hudson River Valley History, making him one of Marist College’s most generous and transformational benefactors. His grandfather, Hermon Carey Bumpus, was president of Brown and Tufts universities and an academic philanthropic setting was commonplace for Frank.

His own education was interrupted when he had completed all but the last semester of his senior year at Harvard University when he enlisted in the United States Army Air Corps in 1942 as an aviation cadet-student bombardier. He trained as a bombardier and a navigator and was commissioned as a second lieutenant in November 1943. From 1944 to 1945, Lt. Bumpus flew 43 combat missions from bases in England as a member of the 410th Bombardment Group of the Ninth Air Force in Douglas A-20 Havoc bombers against targets in France and Germany. He was awarded seven Air Medals for meritorious achievement in flight and the Distinguished Flying Cross.

Upon Capt. Bumpus’s discharge from the United States Army, he graduated from the University of California, Berkeley, and then from Tufts University Medical School as a doctor of radiology. Dr. Bumpus practiced at Memorial Hospital, now Memorial Sloan Kettering, in New York City for over a decade.

His philanthropic contributions span both coasts, and he devoted his life to good works at the Florida Memorial Hospital, Key West, and Customs House in partnership with the Trust for Public Land and the Key West Art & Historical Society. Frank was a contributor to Tufts University and Marist College, where the Dr. Frank T. Bumpus Chair in Hudson River Valley Studies at the Hudson River Valley Institute will carry his name forever into the future.

In lieu of flowers, contributions may be made to support his legacy and love of history to Marist College at The Hudson River Valley Institute.

Please visit www.WhiteandVenutoFuneralHome.com for live-streaming details as soon as they become available for a funeral service scheduled for Tuesday, Dec. 29 at 3 p.m.

Arrangements are under the care of White, Venuto and Morrill Funeral and Cremation Service, 188 N. Plank Rd., Newburgh, N.Y. 12550.