Multiple Fox Lane High School students who engaged in “a very disturbing incident” at the school are in the process of being disciplined, Bedford school officials revealed last week.

Last Thursday afternoon Superintendent of Schools Dr. Joel Adelberg and Principal Dr. Brett Miller sent a joint letter to parents informing them of the incident, which they did not describe. The letter said the matter violated the privacy of some of students.

“We find what occurred reprehensible,” a separate statement released by the district after The Examiner posed several questions to the superintendent’s office last Friday morning stated. “We have identified the students who are responsible and we are taking disciplinary action.”

The Bedford Police Department declined comment on the matter because there is an ongoing investigation.

On Mar. 31, an image of a flyer was making the rounds on social media advertising a $1,000 reward “for information leading to the person or persons responsible for taking inappropriate photos and videos of special needs students on 2nd floor A WING Bathroom” in March and December. The Examiner called the phone number provided on the flyer and left a message, but did not receive a call back.

The district gave no indication whether the information contained in that reward flyer was accurate.

However, in the letter sent out by Adelberg and Miller last Thursday, it stated that the district is working with the families of the students victimized in the incident.

“We acknowledge how disturbing this is,” the joint letter stated. “The families directly impacted by this incident have been notified so that we can work with them. However, we believe that the egregious behavior of this incident is one that our entire community needs to address.”

The administrators added that the district is committed to working with the entire student community on exhibiting appropriate and respectful behavior to encourage “the inclusion and safety of EVERY member” of the school and the district. 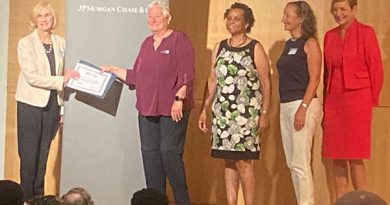