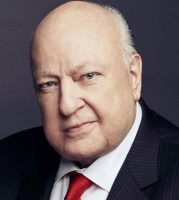 Roger Ailes, the former head of Fox News, died on Thursday. He was 77.

Ailes, who long resided with his wife Elizabeth in Garrison, was also the owner of the Putnam County Courier and Putnam County News & Recorder along with Elizabeth; an editor took over operations late last year.

“I am profoundly sad and heartbroken to report that my husband, Roger Ailes, passed away this morning,” Elizabeth Ailes said in a statement. “Roger was a loving husband to me, to his son Zachary, and a loyal friend to many. He was also a patriot, profoundly grateful to live in a country that gave him so much opportunity to work hard, to rise — and to give back.”

Ailes fell at his home in Palm Beach, Florida last week, suffered complications and slipped into a coma, according to a family friend, a CNN report stated.

“Roger Ailes is a man of genuine compassion, who cared about the community; especially our seniors, veterans and active military personnel,” Putnam County Executive MaryEllen Odell said in a statement. “He and his family donated their resources to many local causes that benefitted our residents. On a national level, Roger reminded me of Winston Churchill. He was a man of courage and wisdom.”

Amidst the controversy last summer, Ailes withdrew a $500,000 donation to a senior center in Cold Spring that was supposed to be named in his honor.