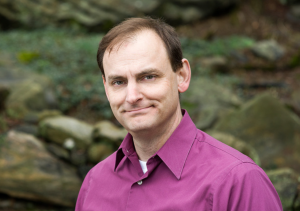 The inaugural Sleepy Hollow Lit Fest this Saturday promises to be an event like no other for readers and writers of all ages.

The family-friendly festival, on Saturday, May 18 from 10 a.m. to 5 p.m., will feature events at eight venues across Sleepy Hollow and Tarrytown, as well as over 100 authors and artists taking part in free readings, panels, signings, performances and other activities.

Tarrytown children’s author, David Nielsen, who came up with the idea for the festival, was inspired after visiting book festivals up and down the east coast over the last few years.

“(They) were well-run and a lot of fun. But I’d always felt that our region, particularly Tarrytown and Sleepy Hollow, had a historical connection to American literature that the other locations lacked,” Neilsen said. “Washington Irving was America’s first internationally renowned author. What better place to celebrate literature than in his backyard?”

The festival will mark the launch of an 18-month celebration of the 200th anniversary of the publishing of “The Sketch Book of Geoffrey Crayon,” a collection of stories by Irving, which included “The Legend of Sleepy Hollow.”

Neilsen noted that the Sleepy Hollow Lit Fest will be different from other festivals, but that there will be something for everyone.

“Our tag line is No Ordinary Literary Festival and we have taken that to heart,” he said. “There are so many great, historic locations between the two villages and we wanted to incorporate as many of them as we could.”

According to Neilsen, there will be creepy children’s readings in the Old Dutch Church on Route 9; a presentation from African-American culinary historian Michael Twitty at Phillipsburg Manor; music acts and a spoken-word open mic at Jazz Forum Arts in Tarrytown; and best-selling children’s author Chris Grabenstein’s “Inside Mr. Lemoncello’s Library” presentation at the Warner Library in Tarrytown.

Other venues for the Sleepy Hollow Lit Fest include Patriot’s Park in Tarrytown, which will host an Event Tent and Vendor Village, selling food and various merchandise. There will also be at the park a cookbook talk with tastings, Dinosaur Storytime, Philipse History, prisoner works reflecting on Rip Van Winkle presented by the Words Beyond Bars Project, a Spooky Panel, and talk with a teenager who has been published.

The Hudson Valley Writers Center at the Philipse Manor Station train station in Sleepy Hollow, will host a robust lineup of authors and poets, including performance artist Karen Finley, a panel on “The Poetry of Witness” and an after-hours keynote from American-Ukrainian acclaimed poet, translator and professor Ilya Kaminsky at 7:30 p.m.

The Tarrytown Music Hall’s new Music Hall Academy will offer a series of theatrical workshops by director Peter Royston around fairy tales with the help of some of the festival’s picture book authors.

Scattered Books in Chappaqua is the festival’s main bookseller.