Skip to content
Generic SPORTS
March 1, 2020 Examiner Media
We are part of The Trust Project

Now, the Wildcats are one step away.

Behind 22 points from junior Carter Falkenberg, fifth-seeded Westlake defeated No. 12 Irvington 53-51 in the Class B opening round last Thursday at home. Falkenberg, a crafty guard, scored 20 of his points in the second half.

“I don’t want to go home, I want to get to the County Center,” said Falkenberg, whose Wildcats last made it to the fabled arena in White Plains in 1978. “We haven’t been there in a really long time here. I’m determined to go on a run.”

Westlake coach Chad Charney said they expected Irvington to have their 6-foot-5 forward, James Rhodes, cover Falkenberg. Rhodes didn’t guard him in their regular-season meeting, a 51-50 Westlake win on Jan. 16. It took the junior star a half to adjust, but in the second half he wouldn’t be denied.

“He’s all-section for a reason and I think he’s an all-state player as a junior,” Charney said. “With the big guy Rhodes on him, that’s a match-up he hasn’t seen all year. He’s long, fast and athletic, and going to play college basketball somewhere. It took him a while to get adjusted. Getting [Rhodes] in foul trouble was big. He picked up three fouls and then he kind of had to give Carter a step. When Carter gets going, he’s like a silent assassin, which is what the guys tell me all the time. He just plays hard and gets it done.”

The Wildcats went up 16-10 early in the second quarter, but they only scored three points in that quarter and trailed 24-16 at the break.

But the Wildcats came out of halftime strong with Falkenberg scoring on the fast break, followed by a put-back by big man Greg Cafaro to trim the deficit to four points. Cafaro then took consecutive charges to swing the momentum even further.

“He has over 50 charges on the season, which is ridiculous,” Charney said. “He’s the big guy in the middle and a football player and he likes contact. It’s a big momentum swing when you take those charges.”

Brendan Di Liberti soon scored on a feed from senior Mike Mancuso. The Wildcats then forced a 10-second violation with their press, which gave the Bulldogs fits in the quarter. Westlake capitalized when Di Liberti found a cutting Mancuso to make it a two-point game.

“Playing as a team was really important for us,” Falkenberg said. “When we pressed them, they got really flustered. We were in the same position last time we played them, down a few points at half. We knew if we upped the intensity a little bit that we could pull out a win.”

Falkenberg drove to the hoop and finished and then made two free throws to give the Wildcats a 28-26 lead with 2:21 left in the third quarter.

The Bulldogs, however, fired back with a 7-0 run to take a 33-28 lead with under a minute left in the third. Senior Matt Martin made two free throws and Carter finished at the rim with 13 seconds left to send Westlake into the fourth quarter trailing 33-32.

The teams traded the lead five times in just over a two-minute span to start the fourth quarter. Martin finished on an up-and-under to give the Wildcats a 38-37 lead. Falkenberg then notched a steal and fired a bounce pass ahead to Mancuso, whose basket gave the Wildcats a three-point lead.

“We just wanted to attack them,” Charney said. “We didn’t think they could play us man-to-man outside, so we spread it all out in the second half.”

Cafaro grabbed a loose ball and hit Mancuso for a bucket to make it 42-37 with 4:40 left. Falkenberg fired a left-wing 3-pointer, which hit nothing but net to stretch the lead to eight points just 30 seconds later.

Irvington didn’t go away easily as the Bulldogs’ 6-0 run cut the Wildcats’ lead to just two points with 2:44 remaining. But Westlake made its free throws down the stretch. Falkenberg made his next four and Martin made two to extend the lead to 51-43 with 1:15 left.

Irvington hit a 3-point shot from the wing with 31 seconds left to get the deficit down to 52-49. The Bulldogs then made a steal but took an ill-advised shot which was grabbed by Di Liberti. He was fouled and made one of two from the line with 14.6 on the clock to close out the win.

The Wildcats were scheduled to host No. 13 Pleasantville, a local rival they had defeated twice during the regular season, in the quarterfinals on Feb. 24. 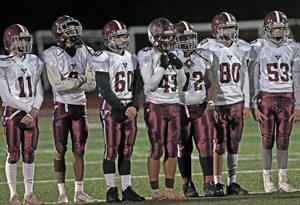 Briarcliff Wins a Defensive Battle Against the Wildcats 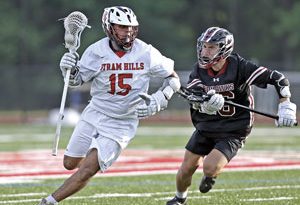 Mahopac, Somers, Fox Lane, Greeley Move on in Class B