A man has just fallen through the floor, his legs dangling through a hole in the ceiling of the room below, startling the visitors in the room. His legs are a living appendage, a partial human chandelier, announced by the splattering of plaster on the conference table. How did it happen? What will happen next?

A group of people are skydiving, but without parachutes. They form a human sculpture redolent of a phantom ship commandeering the jet stream, surviving as a weightless, communal unit. They are confident in their gravity-defying choreography, as if this was an everyday exercise.

These photographs are part of the eye-opening show “Rising Dragon: Contemporary Chinese Photography” at the Katonah Museum of Art and celebrates the Chinese Year of the Dragon. The exhibit has more than 80 photos created by young Chinese artists since 2000. The work is diverse, disturbing, contemplative, humorous.

There is a restlessness about these photographs. Guest curator Miles Barth explained in his well written catalogue that photography in China unofficially became an art form after the 1989 Tiananmen Square massacre where amateur photographers covertly snapped over 25,000 pictures, bookmarking the informal beginning of the contemporary Chinese photography movement.

The 36 artists/photographers featured in ‘Rising Dragon’ were born between 1960 and 1981 and combine photography with painting, sculpture and performance art. Manipulating images with digital technology allows for a mise-en-scene narrative (theatrical description) such as the “Escapee Dropped Through the Floor” by Li Yu and Liu Bo. The stories here have their own fantastic version of reality while credibly suspending belief for the moment.

The work is not without a political agenda. “To Marry a Mule” is an oversized photograph that spans floor to ceiling. It is a performance piece by Wang Jin who is dressed as a bridegroom and is taking a mule dressed in flowery pink, replete with stockings and makeup, as his bride. The performance was a protest by Wang, who, for eight years, was denied permission by the Chinese government to visit his wife who had immigrated to the United States. (They eventually divorced.)

Photographer Yang Yi created a series called “Uprooted.” “Uprooted #7, Old Town of Kaixian: Swimming Pool” is Yi’s recreation of a recurrent nightmare where he searches for friends and relatives but finds himself trapped underwater, his voice silenced. Kaixian was one of the villages that was destroyed by flooding in 2009 by the Three Gorges Dam project. Yang took the photographs before the flooding and used digital techniques to recreate the scene underwater.

In his introduction to the catalogue, Katonah Museum Executive Director Neil Watson said that the show reveals how Chinese photography has exploded onto the global art scene.

“[The show] offers invaluable insights into China’s complex culture and rich history through the perspective of its artists,” Watson wrote. “This is a China not reflected in news reports or even in personal travel experiences; it’s a China you haven’t seen before.

Two exhibits concurrent with ‘Rising Dragon’ are “Xu Bing: Square Word Calligraphy” (through Aug. 26) and for the younger set “The Art of Grace Lin.” 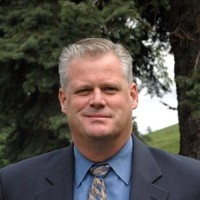 Local Grassroots Effort Hopes to Save Baseball for Future Generations