Examiner Media’s latest social media contest began in earnest earlier this week with three of the company’s editors competing to earn the most fans for their respective Facebook pages.

The company already enjoys an existing Examiner Media Facebook page but to complement that it also launched Facebook fan pages this week for each of its four newspapers, The Examiner, The White Plains Examiner, The Northern Westchester Examiner and The Putnam Examiner.

At the end of the contest, Examiner Media will donate money to a favorite charity of the winning editor. Butcher tabbed Support Connection as her charity of choice. Vitelli selected the Wildlife Conservation Society and Barger picked the Putnam/Northern Westchester Women’s Resource Center.

Martin Wilbur, editor of The Examiner, is not participating in the challenge. Butcher is in the process of training Wilbur, a veteran print journalist, on the ins and outs of social media. She will be administering The Examiner’s Facebook fan page for the rest of October. Wilbur will be taking over that responsibility next month, after the Nov. 8 election.

On Sept. 23 Vitelli was named the winner of a similar month-long Twitter challenge. That win earned him a gift card to the Jacob Burns Film Center in Pleasantville.

Publisher Adam Stone is also an administrator of all four new pages but will limit his posts this month to avoid skewing the results of the competition.

The October fight for Facebook fans ends on Halloween night, at 11:59 p.m.

(Also on the social media front, Examiner Media is sponsoring a Tweetup in White Plains in less than two weeks, on Oct. 18 at Anthony’s Coal Fired Pizza. Click here to RSVP: http://twtvite.com/WellDoneExaminer) 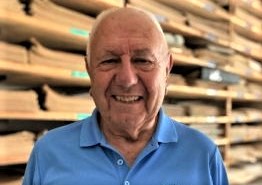 No. Castle Clerk Impropriety Allegations Rebuked By Town Board