The digital newsmagazine, Examiner+, will be published on the emerging Substack email newsletter and website platform. Differentiating the newsmagazine from Examiner Media’s print and website publications is pivotal, said Digital Editorial Director Robert Schork, the former editorial director of the award-winning Westchester Magazine and 914INC.

“As an established group of trusted local newspapers, Examiner Media’s roots and connections run long and deep in our community,” Schork said. “We’re looking to leverage those local connections and expertise to expand our service platform beyond traditional ‘hard’ news coverage with our newest offering, Examiner+.” 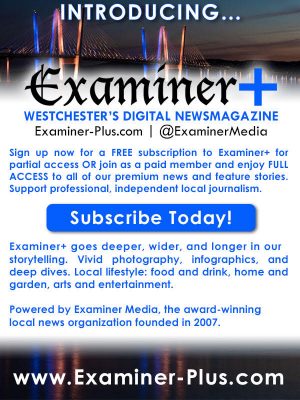 Readers can envision a Time or Newsweek magazine journalistic treatment for local news compared to, say, a New York Times or Wall Street Journal report in distinguishing the unique approach of Examiner+.

“By approaching the reporting, writing, and delivery of our stories in that way, we’re combining all the visual bells and whistles and the editorial sensibilities that a magazine-style treatment can bring to bear,” Schork said. “This means going deeper, wider, and longer in the storytelling while employing quality color photography, infographics, and other multimedia elements when appropriate. Our goal is to inform, enlighten, and, hopefully, have a little fun along the way.”

Subscribers to Examiner+ will enjoy exclusive content delivered directly to their email inbox several times a week, including in-depth news reports of important issues; local lifestyle pieces on topics ranging from food and dining and home and garden to the arts and entertainment and more; insightful interviews with notable residents; and thoughtful commentary and analysis.

Examiner Media, an award-winning local news publisher since 2007, is the first existing print and web newspaper in the world to start a new publication on the Substack platform. After winning a $75,000 cash advance from Substack this spring, Examiner Media started a pilot version of the publication this summer and invested further in the project, hiring full-time reporter Bailey Hosfelt and a new team of veteran freelance contributors.

Subscribing to Examiner+ provides readers with an opportunity to receive premium local content while also investing in the future of independent local journalism more broadly, Publisher Adam Stone said. If Examiner+ is a revenue success, other newspaper publishers can follow the new model.

“We couldn’t be more excited to broaden our journalistic horizons into the newsmagazine space,” Stone said. “Our ambitious goal is to blaze a new trail in local journalism, decoding the best way to finance professionally-reported, fact-checked local journalism in the digital age. With enough reader revenue support over the next year, we’ll be able to trumpet a new way forward to the industry for community newspapers across the country and the world.”

Hamish McKenzie, a writer himself, co-founded the California-based Substack in 2017 and announced the company’s million-dollar investment in the Substack Local program in April. The program is designed to accelerate the launch and success of independent local news publications.

“We’re honored to support Examiner Media in its new subscription offering,” McKenzie said. “Providing independent writers and journalists the tools to build their businesses and grow their audiences is exactly why we launched Substack.”

Readers can access some of the content on Examiner+ for free, but a paid subscription delivers access to all of the newsmagazine’s journalism. A paid subscription costs $5.99 per month or $49 for the year. There’s also an option for the publication’s biggest supporters to invest $99 or more to become “Examiner Ambassadors,” a way to signal support for local journalism and receive occasional perks, like E+ swag and newsletter shoutouts.

Charter membership comes with benefits. Subscribing to the publication today locks in introductory rates for the lifetime of a subscription.

Visit www.examiner-plus.com and go to subscribe to join our Examiner+ digital newsmagazine community. 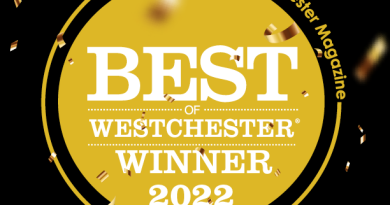 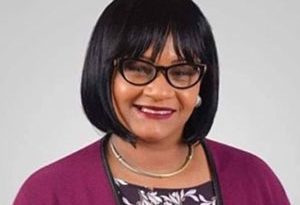