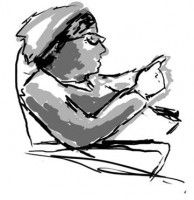 The Yorktown Teen Center received a grant for $4,000 from Entergy to cover costs for the 2012 NextGen Festival of the Arts.

“This grant will allow us to add to what we already have planned by providing us funds to offset our costs” said Helena Rodriguez, president of Board of Directors of the Yorktown Teen Center.

The NextGen Festival of the Arts, planned for May, will feature the creativity and talents of youth in the areas of film, music, photography, poetry and fine arts. This year plans are being made to add dance. Last year over 100 entries were received and displayed throughout Yorktown.

“We saw how successful our First Fridays Open Mic was for the musicians and wanted to include other expressive arts for creatively talented teens” said Rodriguez.

Throughout the month of May, the public is invited to attend and view teen displays and performances. First Fridays Café Open Mic Night will start the Festival off on May 4 . John C. Hart Memorial Library will host a reception on Saturday, May 5 between 2 and 4 p.m in the Community Room. Throughout May, artwork and photography by students from area schools will be on display. Lakeland High School will be hosting the 2012 NextGen Short Film Screening on Friday, May 11. On May 18th the NextGen Festival will conclude with Battle of the Bands being organized by the town’s parks department.

The 2012 NextGen Festival of the Arts is a collaborative project with various groups and businesses in the community. The event organizers include: Chase Media Group, The Dance Stop II, Dravot Carnehan Studios, Harrison Apar Field of Dreams Foundation, John C. Hart Memorial Library, the Justin Veatch Fund, Yorktown Parks and Recreation and the Yorktown Teen Center.

Yorktown Teen Center is open to middle and high school students that reside in the Yorktown community. The center is located in room 102 at the Yorktown Community and Cultural Center, 1974 Commerce Street, Yorktown.

For more information about the center or other upcoming events visit their website at www.yorktowntc.org or call 914-245-0275.