Skip to content
The Putnam Examiner
November 9, 2017 Anna Young
We are part of The Trust Project

State and local officials gathered at the Desmond Fish Library in Garrison last Friday to discuss the impact the Indian Point closure will have on the workforce and economy when it closes in 2021.

In January, Gov. Andrew Cuomo, Entergy and Riverkeeper stunned officials and the public when it was announced Indian Point, located in the Village of Buchanan, would cease operations in four years.

With the closing of the 240-acre site a devastating hit to the surrounding communities, officials have been hard at work finding ways to supplement the $32 million in revenue provided by Entergy, while also saving the more than 1,100 jobs provided at the energy plant.

Cortlandt Supervisor Linda Puglisi said the Town Board hired a financial consultant to assist in bringing in new industries and other revenue sources to offset the future loss of revenue. She added that the board would also be setting aside $100,000 each year in a separate account.

“We’ve taken our own action,” she said at the Nov. 3 forum. “We need all the help that we can receive. We need people to listen; we are on the front line. We have 40,000 wonderful people that live in our town and we will continue to speak up to help this beautiful town.”

As part of the settlement agreement with the state and Riverkeeper, Entergy agreed to commit $15 million, starting in 2020, to local communities for environmental protection and a community benefit fund to offset the lost revenue.

Puglisi, who added that the announcement was a shock, especially after the town had signed a 10-year PILOT agreement with Entergy in 2014, is also taking measures to maintain business and stabilize jobs within the community.

“We don’t want them to move to New Orleans, the headquarters of Entergy, we want our residents and workers to stay in our community,” Puglisi said. “We have told the workers at this plant that we will do everything that we can to assist them and fight for them and lobby on their behalf, including during the decommissioning.”

On Oct. 30, the Westchester County Board of Legislators unanimously approved a resolution, co-sponsored by Legislator Catherine Borgia (D-Ossining), demanding that current energy employees be hired to assist in the decommissioning of the plant and the economic development of the area. The employees would also receive job counseling to advance their careers elsewhere.

In addition, the state Education Department (SED) will assist the Hendrick Hudson School District to help recoup some of the $24 million in tax revenue loss.

Mario Musolino, executive deputy commissioner of the state Department of Labor, said the agency has had several meetings with NYSERTA, the New York Power Authority and Entergy regarding the unionized and nonunion workforce at the plant.

“Our goal is to keep people in the community, to have them in stable jobs that support their families, but certainly some of those higher end nuclear plant operator positions will probably have lots of opportunities all over places in the state, region or country,” Musolino said. “It’s really going to be a question of what options are being put on the table for individual workers.”

Musolino added that meetings will be arranged with labor unions to discuss job opportunities for individual workers impacted by the closing. He said over time he’ll get a better sense of each worker’s needs, whether it be retraining, relocation or retirement.

“We really think there are positive aspects to the manner in which this is going to occur,” Musolino said. “I think we’re going to be successful because we’ve got a pretty good record of being successful.”

John Sipos, an attorney with the state Public Service Commission, and Kevin Kamps, nuclear waste specialist with Beyond Nuclear, both stressed the importance of monitoring the removal of the spent nuclear fuel from the site, while also finding new uses for the land.

“The details are important and the pathway for the release of the Indian Point site for re-use depends on a thorough comprehensive radiological decommissioning and monitoring and engagement by the community,” Sipos said. 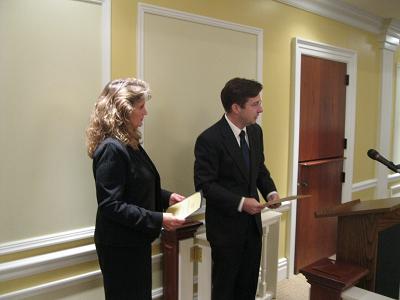