In a society accustomed to popping pills, the idea that food might serve as medicine is a foreign concept. 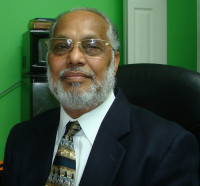 But a renowned naturopathy expert is doing just that, successfully treating patients with a range of ailments, including asthma, depression, digestive issues, hormonal imbalances, liver dysfunction, obesity and even cancer.

Dr. Mohsin Khan recently opened an office in Chappaqua where he will see patients on a twice-monthly basis. He already has an established practice in Queens and Bangladesh.

Naturopathic physicians combine the use of natural substances with the wisdom of modern medicine and ancient healing principles. Khan’s goal is to help promote the body’s inherent ability to restore itself and maintain optimal health.

Khan, who holds a master’s degree in public health from Columbia University and a doctorate in naturopathy from Indiana’s Trinity College, is passionate about his practice. He said he feels God is calling him to help others, many of them at their wits’ end because conventional medicine has failed them.

Before becoming a naturopathic doctor, Khan, who consults with several international agencies, worked as an administrator at Lutheran Medical Center in Brooklyn. It was during that time he began to wonder about the human suffering he was seeing.

“There’s something that we as humans are not doing right; nature did not intend it to be this way,” added Khan, referring to the growing frequency of chronic disease.

The philosophy behind much of Khan’s work is the idea that the body’s cells need to receive the proper nutrition or disease occurs. He is adamant that illness can be avoided if the body is in order.

“In most of us, these systems have lost their optimum functionality,” Khan said. Environmental toxins, drugs, genetically engineered and artificially fertilized food, and ignorance have damaged them.

Khan explained that a variety of organic foods must be consumed on a daily basis to improve cell efficiency. Those foods must satisfy the five tastes—bitter, salty, sour, spicy and sweet.

“These foods provide nutrition for the entire body that you might otherwise be missing. Without them, the chances for disease manifestation are greater,” Khan said.

Most life-threatening chronic diseases develop as a result of a hormonal imbalance in the body due to the ingestion of nonorganic food. Such an imbalance, explained Khan, causes dysfunction to the organs and anatomic systems, which help perform the body’s daily biological work.

“And even when people are eating what they believe to be good food, they are not taking in enough of it,” said Khan, a board-certified ayurvedic practitioner.

Ayurveda refers to the traditional Indian medicine discovered 5,000 years ago that helps re-establish balance in the body through diet, lifestyle, exercise and body cleansing, as well as health of the mind, body and spirit.

After taking a digital image of each iris, Khan examines the eyes for various signs of inflammation. Iridology can reveal food allergies, nutritional deficits in the body, the current state of the bowels, the stomach’s acidity, stages and location of tissue inflammation, and toxic settlement in organs, glands and tissues.

Once Khan has determined the body’s true condition, he prescribes an array of herbs, supplements and organic juices.

Saddened by society’s dependence on modern medicine as a cure-all, Khan said he is eager to bring greater awareness of his “food is medicine” philosophy to Westchester. “I’m not doing anything new here,” he said. “It’s just that we’re not on the right path because we’ve stopped thinking about what’s best for us.”

The Sandeep Herbal Ayurvedic Clinic is located at 229 King St. For more information, visit http://sandeepayurvedic.com. To schedule an appointment, call 914-620-1166.