Skip to content
The White Plains Examiner
September 1, 2015 Pat Casey
We are part of The Trust Project

New York State Senator Ruth Hassell-Thompson (D-District 36), representing southern Westchester and parts of the Bronx called on Governor Cuomo and New York senators in Washington on Monday to increase police support to cities like Mount Vernon, Yonkers, Rochester, Albany and Syracuse, to help in the fight to eliminate gang and gun violence.

“It is clear that despite the committed efforts of the local police, they do not have the resources and manpower to effectively control the possession and use of illegal firearms,” Hassell-Thompson said.

The state senator called for the immediate and sustained deployment of New York State Police to supplement local police departments like Mount Vernon; “whose residents are currently experiencing a less than normal quality of life,” she said.

“Inner city communities are drowning in taxes and cannot afford the financial commitment to stamp out gang and gun violence. I have no wish to create a ‘police state’, however, the temporary deployment of state troopers from low crime areas to high crime areas could be managed without raising local taxes. I will be calling for a review of buy and bust protocols to ascertain whether it is possible to provide increased protections to innocent bystanders and children of communities during these effective, but dangerous “buys.” The work of our undercover police is one of the most dangerous jobs in the nation,” Hassell-Thompson continued.

Hassell-Thompson said she would speak with NYC Mayor DeBlasio, and his law enforcement officials, to request a copy of the NYPD investigation relating to the August 28 case in which bystander Felix Kumi was shot during an undercover gun operation.

Kumi, 61, who was accidentally shot by a plainclothes officer, died early Saturday, hours after being wounded when the officer opened fire on an armed suspect during an undercover gun buy that went bad, according to the New York City police. The 37-year-old gunman was struck three times in the torso while another bullet tragically struck Mr. Kumi.

“While I commend the Mount Vernon and New York City police for making arrests in this and other cases, the greater aim of my comments is to prevent shootings. There is a crisis in Mount Vernon as in most urban cities due to the proliferation of guns and gun related violence.”

Hassell-Thompson said she would request that the Attorney General assess whether this case falls within Executive Order 147. “The protection of civil rights is not inconsistent with support for responsible police work. Technically, it is my opinion that there is jurisdiction for at least an assessment as to whether this type of fact pattern warrants the intervention of our newly created independent special prosecutor,” she concluded. 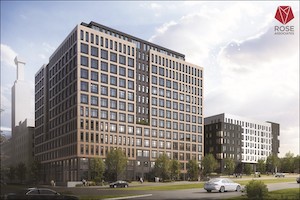