Donald Randall Ahrenberg was born on Feb. 25, 1956 in White Plains to Catherine Joan and Arnold B. Ahrenberg.

Don had his own food truck business known as DCL Foods and bartended locally for many years. He also had a long career at Blind Brook Middle School/High School from where he just recently retired.

Don passed away peacefully at home, surrounded by his family, on Dec. 15 at the age of 65 after a four-month battle with a rare illness.

He is survived by his loving wife of 37 years, Jennifer; his three children, Donald (Jillian), Christopher (Michelle) and Laura; his four grandchildren; his parents; brother Doug (Sharon); sister Dawn (Seth); and many other nieces, nephews, family members and friends.

There was nothing more that he loved than being a grandfather (“Poppie”) to his grandchildren, Hailey, Logan, Ryan and Peyton, who lit up his entire world.

Don was a lifelong fan of the Yankees and Jets and loved watching and playing golf. He loved music (especially Billy Joel) as well as sports and entertainment trivia. Don had a unique sense of style and was convinced duct tape could fix anything.

He will be forever in our hearts and deeply missed.

In lieu of flowers, the family requests donations to be made to Maria Fareri Children’s Hospital or the Kensico Little League. 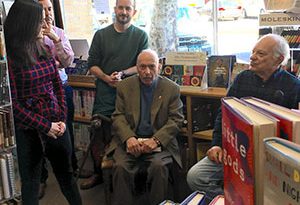