Skip to content
The Examiner
July 10, 2018July 10, 2018 Anna Young Pleasantville
We are part of The Trust Project

A Westchester-based developer has proposed constructing a residential housing complex with a commercial component in Pleasantville that promises additional tax revenue and parking for the village, but officials must first approve a tax abatement plan.

Representatives for David Mann, of Lighthouse Enterprises in White Plains, recently pitched to the Pleasantville Village Board the purchase and redevelopment of 52 Depew St., the former site of LaDuca Auto Service, and the adjacent 1 Vanderbilt Ave. into a 73-unit apartment complex.

Plans include development of a three-story building that would consist of 11 studios, 49 one-bedroom apartments and 13 two-bedroom units. There would also be 4,500 square feet of commercial space but the developer did not go into detail about whether that would be offices or retail.

“He (Mann) has found a way to develop sites that are targeted sections of the marketplace,” said Mann’s attorney David Steinmetz. “He looks for areas that have successful thriving restaurants and nightlife and that’s where people want to be and want to live.”

Steinmetz said 149 underground and ground-level parking spaces would be provided. There would be 15 spaces allotted for shared parking within the village.  Up to 41 additional spaces could be built for municipal use if the village were to agree to the developer’s request for tax abatement, he said.

The more than one-acre parcel, which borders the Saw Mill River Parkway, was accepted into the state’s Brownfield Cleanup Program for remediation, Steinmetz said.

Mann’s representatives requested the property receive a 10-year tax abatement with payments starting at a 70 percent discount in return for the additional parking the development would create and payments to the village.

The property currently is in arrears for roughly $300,000 in total taxes. The developer’s first payment of roughly $105,000 would provide $21,000 to the village. The parcel would generate nearly $13,000 in taxes to the village annually.

After 10 years, the property would return to its fully assessed value if the developer’s plan is agreed to by village officials.

“You have a wonderful vibrant village and there are a lot of people that would love to live close to it and be able to walk through it and walk to the train station,” Steinmetz said. “This project would allow that to happen.”

If village officials reject the tax abatement proposal, Steinmetz said Mann would likely propose a three-story complex with 60 units and 4,500 square feet of commercial space without the additional parking to the village.

“We think we’re coming in with something that’s good for Pleasantville because Pleasantville deserves parking spaces in proximity to your train station, your restaurants and your wonderful Jacob Burns center, so you have an opportunity,” Steinmetz said. “We’d like to kick off on this project.”

While no application has been filed, Mayor Peter Scherer said the project wouldn’t require additional variances. He said it would be up to the board to consider the tax abatement proposal and whether to ultimately approve it.

The board requested additional documents from the developer to review the project. 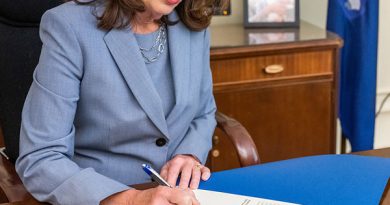