Skip to content
The Putnam Examiner
February 27, 2018 David Propper 489 Views 2 min read
We are part of The Trust Project

A Democratic challenger has emerged to face Republican Sue Serino in the battle for the 41st New York State Senate seat.

Karen Smythe, of Red Hook, officially announced Monday her run for the seat that’s been held by current Senator Serino for almost four years. The seat represents parts of Dutchess and Putnam counties, including Kent, Putnam Valley, and Philipstown. In a press release, Smythe said small businesses and families in the Hudson Valley are being underserved in Albany and she’s running, “because we deserve better.”

“We need economic development support, increased school aid, tax relief, and greater protections for our natural resources,” Smythe, the executive director of the Beatrx Farrand Garden Association, said in a statement. “We need new representation in Albany, someone who will work nonstop for legislation that will help everyone in our district.”

In the press release issued, it stated Smythe was born and raised in Poughkeepsie and is a fourth generation resident of Dutchess County, which borders Putnam. The lifelong Democrat has served on the Board of the Mid- Hudson Children’s Museum and the Bardavon Theater. She also served as a Trustee of Vassar College, where she earned her bachelor’s degree.

Professionally, Smythe worked as an executive for 16 years at CB Strain and Son, a Poughkeepsie-based mechanical contracting business and before that she was an executive in the food industry for major brands like Doritos Chips and Dannon Yogurt.

Smythe, a mother of two, will hold a campaign kick-off event in Dutchess County on March 7.

The last Democrat to hold the 41st senate seat was Terry Gipson for one term when he won in 2012. Gipson was able to beat a Republican incumbent in a three- way race. Serino then knocked Gipson off in 2014 and then in a rematch in 2016 against Gipson, she was victorious.

The GOP conference holds a slim majority in the state senate.

Serino is expected to run again for another two-year term.

“Senator Serino has a strong record of fighting for the things that mean the most to residents of the Hudson Valley- -cutting taxes, creating jobs, empowering local businesses and combating the spread of Lyme and tick-borne diseases, as well as the heroin and opioid crisis that have plagued the area for far too long. She’s also secured record levels of funding for local schools and delivered funding directly to communities to help hold the line on local taxes. With state budget negotiations underway, she is focused on working for us and building on her impressive record to improve affordability and access to opportunity to continue moving our community forward,” Serino spokesperson Kara Cumoletti said in a statement. 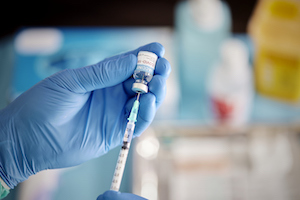 Summer Camp in Place in Town of Carmel