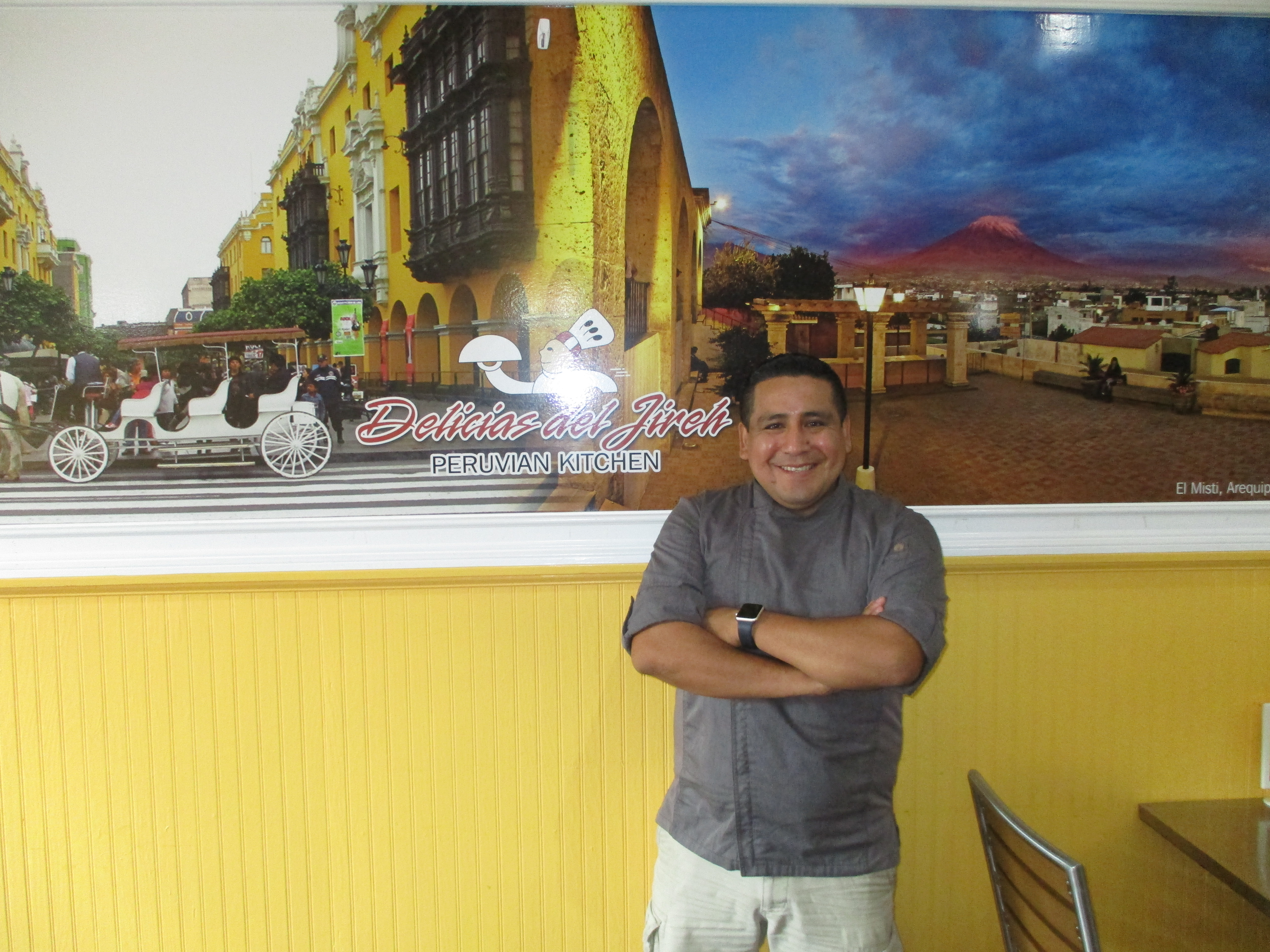 Mori first used that passion to operate a lunch takeout and delivery business that operated out of his home, beginning in 2010 after working for a moving business for nine years. With the success of the home business, four years ago Mori opened Delicias Del Jireh Peruvian Kitchen on Mamaroneck Avenue.

The name of his restaurant translated into English is delicious provider, Mori said.

Mori said he chose Mamaroneck Avenue for the location for his new business because he wanted “to be in the center of White Plains.” Mori said he wanted to share Peruvian cooking with local residents.

Peruvian cuisine offers a variety of dishes, because immigrants from various countries moved to Peru in the 1980’s and that has influenced what is served in his restaurant, Mori said. “We have Italian food. We have Chinese food,” he said “We have our traditional food.”

Mori said his restaurant’s signature dishes are his ceviches, which he described as “fish salad” created using lemon and salt to marinate the raw fish and “cook” it. “In the summertime it’s really refreshing,” he said.

Other specialties served by his team of cooks include Peruvian style rotisserie chicken served with a variety of side dishes including French fries, and fried rice and beans, Mori said. From Monday through Saturday the lunch menu offers a $9 special, which includes rotisserie chicken served with a choice of two side dishes and a can of soda. Another favorite is Peruvian pepper steak, Mori said.

His restaurant has catering and delivery services and appears at events in the local area including the White Plains Farmers Market. “We’re at different places every week,” Mori said.

At lunch, many of his customers are those working in the city, while on weekends many of his patrons are Peruvian people.

Mori thanked God for the success of his restaurant. “People like our food and like how we treat them,” he said.

Mori’s goal for the business is to franchise it into new locations.