Imagine coming of age this way:

3) You live in the deep South.

5) Black people are forcibly discouraged from voting as the community looks on.

That combination of factors contributed to producing the worldview and mission-oriented life of Pleasantville’s Pete Russell, one of Westchester County’s most tireless proponents of affordable housing.

Pete’s eventual life’s work — his volunteer work at least — revolves around addressing the thorny issue of insufficient affordable housing in the area.

That lifetime of commitment is being celebrated next week, on Tues., Oct. 25, by Habitat for Humanity’s Westchester County and New York City chapter. Habitat is honoring Pete and three other advocates at an event in Manhattan.

I first met Pete (right) nearly 20 years years ago through my wife’s parents, and he’s always struck me as a man of quiet but deep integrity; equal parts humble and resolute.

But it wasn’t until I had the chance to connect with him for this column that I learned the richer details of his journey. (Or till I learned he speaks Farsi, which I only heard from a third party!)

As the 80-year-old would tell you, demand for affordable housing cuts widely across racial lines. And people’s views on the issue are often colored by related misconceptions.

But Pete’s deep understanding of prejudice — in terms of how it manifests itself in both the North and the South — helps fuel his desire to achieve institutional progress.

“I think I have a pretty good grasp of how prejudice can get embedded in many dimensions of public life — education, health, employment and housing, North and South — and how it takes advocacy, good civic leadership, policy design, and implementation to reverse the terrible costs of such discrimination and enduring inequality,” said Pete, who has lived with wife Lynn in Pleasantville for more than four decades.

When Pete was a boy, and the Freedom Rides came along, the Town of Liberty and nearby City of McComb in Pike County in Mississippi “showed their colors,” he explained. (He spent time growing up in both Mississippi and Alabama).

But amidst troubled times in the larger world, Pete was forging community in small yet meaningful ways.

“I had a newspaper route throughout the town — near the main store and school, and also in the relatively disadvantaged areas of Frogtown, Hollywood, and the ‘quarters,’” recalled Pete, who is now board president of Allied Community Enterprises (ACE), a local nonprofit dedicated to developing and advocating for innovative, affordable housing in Westchester County. “I ended my route each day in the latter so I could play ball in the street near the Dew Drop Inn and the Razorblade.”

Pete’s personal exposure and connection to these issues didn’t end there:

And while it was Pete’s background that planted the seeds of advocacy, it was in adulthood when the advocacy’s focus came into bloom.

In about 2000, a fellow parishioner at Pleasantville’s St. John’s Episcopal Church, Drew McFadden, encouraged the congregation to support A-HOME. The nonprofit is a provider of northern Westchester rental housing units for people with disabilities, seniors, single-parent families, and low-income residents.

Pete ultimately joined A-HOME, served on the board, and eventually became president. (Along the way, he also enjoyed a successful career in the private sector as a senior vice president in international banking while raising children Michael, Cynthia, and Peter with Lynn).

Once involved with A-HOME, Pete began to learn more and more about the broader issue of affordable housing, including the common misconceptions.

He outlined a laundry list for me of frequent misunderstandings. Among them is the fact that many often wrongly assume affordable housing is for people who don’t earn their way.

These insights aren’t abstractions for Pete. He’s seen the reality — as well as the fruits of his labor — firsthand. Helping people who are also eager to help themselves is a common theme.

He even developed a long friendship with Dr. (Doc) Marion Davis, a retired dentist, veteran, storyteller, and musician who lived for many years in one of the A-HOME residences in Chappaqua.

In fact, Pete and Lynn joined Davis last month for his 90th birthday.

“He spoke eloquently in verse about his experience in finding a dignified place to live after some hard times,” Pete recounted.

And while Westchester might be best known for its relative wealth, that reputation can obscure significant pockets of both poverty as well as the struggles of families living paycheck-to-paycheck.

The county’s Housing Needs Assessment, published in 2019, explains the importance of creating at least 11,000 new affordable units in Westchester.

Pete noted how the assessment “makes clear that the county and the individual municipalities have an acute need.”

“Even made more so by pandemic dislocations of the last several years, to create new (affordable housing) across price ranges and distributed across the whole county,” Pete elaborated. “The benefits of such actions will flow through reduced traffic congestion, improved environmental conditions, and more diverse communities.”

Even though Pete’s activism around affordable housing began around 20 years ago, he’s led a purpose-oriented life all along.

Along with Lynn, he was a history major at Emory University in Atlanta, Ga., graduating in 1965. The young married couple then joined the Peace Corps Volunteers in Iran, remaining until 1967, teaching English in the local high schools of a regional town along the coast of the Caspian Sea.

They coordinated and taught night classes for adults and organized and ran a summer camp for middle school children, with fellow teachers and high schoolers as counselors.

All of the lofty talk aside, Pete shines most in executing the nitty gritty.

His organization recently completed work on a small home in Mount Vernon. He said it’s “sparkling,” with new appliances and all the rest. It’ll eventually be marketed across the region and perhaps generate up to about 100 applications. There are income requirements — your salary can’t be too low or too high. Imagine a married couple with a household income of almost $90,000 as an ideal fit.

The 25 Monroe Street home had been abandoned but was purchased and fully renovated under Pete’s leadership. The price tag will ultimately be in the $190,000 range, while purchase and renovation expenses were about twice that.

Some bureaucratic considerations still need to be finalized with other stakeholders like Mt. Vernon city officials. But Pete said the ideal scenario would be an income-appropriate homebuyer acquiring the home (perhaps helped along in part by some cash grant support in the $15,000 range for a down payment from another organization like Westchester Residential Opportunities) and then have the new owner rent the second unit to a separate tenant.

The project began in 2019, got delayed by COVID, and is now about a month away from a marketing campaign, pending consultation with the city.

While it’s important to build affordable housing in a more urban area like Mount Vernon, Pete stressed how it’s also critical to develop units in suburban villages like his home community of Pleasantville. That can create more generational progress, with the children of new homeowners gaining access to higher-performing schools, among a host of other societal benefits, Pete noted.

“It needs to reach from end-to-end,” he told me during a phone conversation on Wednesday.

Working strategically when confronting resistant municipal boards is also an important tool in Pete’s toolbox. And he’s dealt with plenty of resistant boards. He prefers reconciliation than confrontation, observed Joan Arnold, the executive director of ACE who had previously been executive director of A-HOME when Pete was president. She explained how he’s willing to attend a meeting, listen to the opposition, and at the end is willing to paint a house or cut a lawn.

Whatever is needed to advance the cause.

“Affordable housing is like a big picture puzzle, where there are missing pieces,” Dunbar said. “Peter is intrigued by puzzles and determined to find those missing pieces to complete the puzzle.”

Meanwhile, the affordable housing issue, much to Pete’s delight, is a budget priority for Westchester. County Executive George Latimer just pledged in his proposed budget to increase the county’s share toward affordable and workforce housing from the current year’s $50 to $90 million.

Given his lifetime of good works, many people in and around Pleasantville and throughout the region know Pete as a man of true character. But when you have a family member who can illuminate your storytelling, why turn elsewhere?

My mother-in-law, Sharon Foley, is a veteran realtor in Pleasantville with ERA Real Estate. She knows the housing market well, including the challenge for people to afford Westchester. But, more to the point, Sharon knows Pete.

She and my father-in-law Ken met Lynn and Pete as fellow parishioners at St. John’s in 1975, and the couples have enjoyed a close friendship ever since. Sharon has seen Pete deliver as a dedicated husband, father, grandfather, and friend.

“Pete has always gone that extra mile, be it for the church, the community, and certainly most notably for affordable housing,” Sharon told me in an email.

You can’t ask more from a man’s life than that. 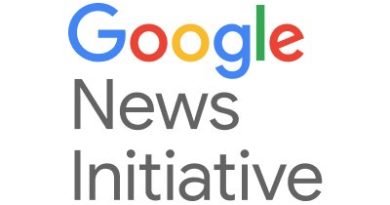 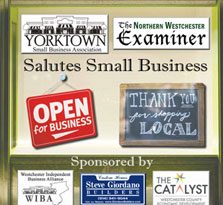 How Yorktown Businesses Survived COVID-19: The Value in Investing in Your Community

Join your friends and neighbors in our Examiner reading
community to live your most intelligent local life.